Landscaping work to memorialise Christchurch's CTV site is on track to be completed in time for the 7th anniversary of the 2011 quake. 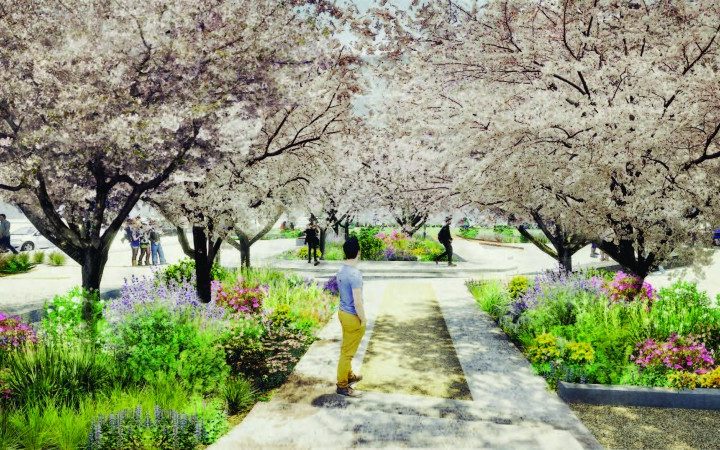 An artist's impression of the completed memorial site Photo: Supplied

Government rebuild organisation Ōtākaro started work in October to turn it into a peaceful place to sit and reflect, with grass and gardens.

Project manager Cameron Mclean said some of the original concrete slab foundation of the building has been left intact and the lawn and three former car parks on the Cashel Street side of the site had also been retained.

A central grove of cherry trees and a stone plinth which included a water feature that pours into the garden bed had been added, he said.

The design had tried to balance all of the different feedback from the families.

"They wanted to see a space that was peaceful and reflective, green, and also a place where they could still come and remember those who had lost their lives," Mr McLean said.

Some of the families wanted to be able to touch some of the things that existed on the site pre-quake, and that had been balanced with other families who didn't want to do that and would be able to move through the site without having to acknowledge those things, he said.

The families had been invited to help in planting the site in preparation for its opening to the public on 22 February.