Hundreds of Tongans could face being sent back to their cyclone-ravaged country before it has recovered from the storm's devastation, an immigration lawyer says. 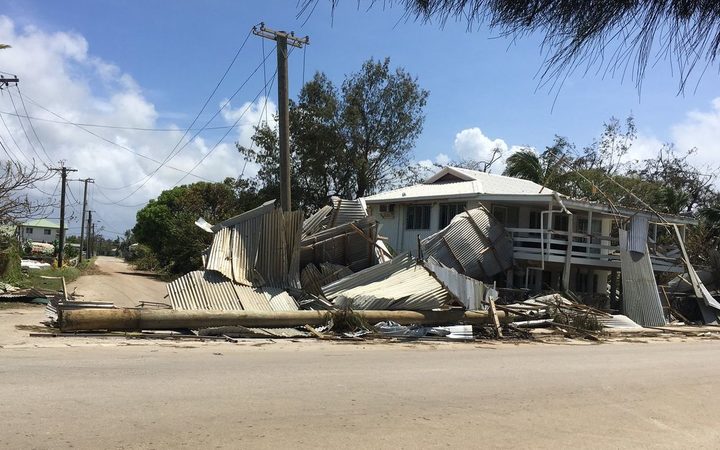 Immigration New Zealand said today there were no imminent planned deportations to Tonga, and it would take a pragmatic and compassionate approach to the issue.

"INZ always takes into account all the circumstances in an individual case before going ahead with any deportations, including the effects of Cyclone Gita," a spokesman said.

But Richard Small said while deportations may be suspended for a short period, officials needed to think about how long it would take for countries to recover from natural disasters.

It was "unconscionable" that Tongan immigrants may be sent back from New Zealand, including children, at a time when dengue fever and water-borne diseases may be rife and whole communities were destroyed, he said.

The islands of Ha'apai were still in recovery, four years on from Cyclone Ian, Mr Small said.

More Tongans in New Zealand should be given seasonal work visas, so they could support their families and rebuild communities with the money they were earning, he said.

He urged those facing deportation to approach community law centres and the local MP for help.

"Just on Tuesday we had another section 61 [immigration appeal] refusal for a family from the heart of the cyclone epi-centre," he said. "The current approach is not fair and balanced."

Immigration minister Iain Lees-Galloway said the cyclone would be borne in mind by officials.

"I'm not aware that there are imminent planned deportation to Tonga at this time, however in the event that any were under consideration we would look at the individual circumstances and Immigration New Zealand would take a pragmatic approach to that," he said.

"It's obviously a very challenging time for Tonga at the moment and that would be taken into consideration in terms of any immediate decisions."