Small tour operators in Auckland say the actions of council agencies are cutting them off from the lucrative cruise ship trade. 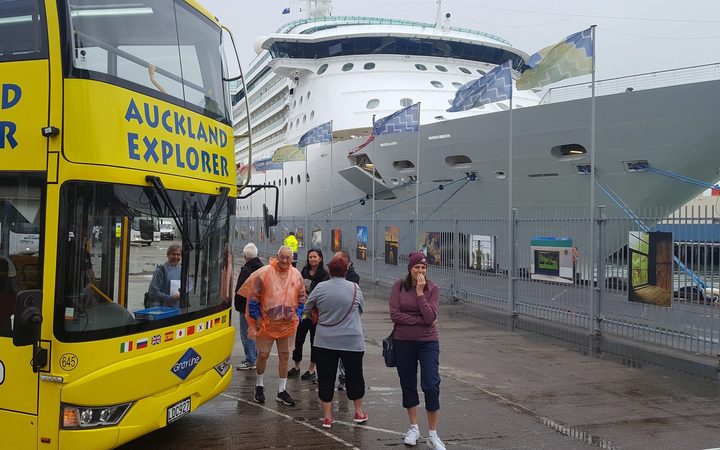 One says daytrips with cruise passengers now make up only 25 percent of its business, whereas once it was 60 percent.

Cruise ship visits to Auckland are estimated this year to add $245 million to the city's economy and are growing steadily with 179 this season.

Most onshore tours are arranged by major wholesalers and sold onboard the ships by the cruise lines themselves.

Smaller operators said they used to have their tours sold on Queens Wharf, by the iSite kiosk run by the council tourism agency ATEED.

ATEED said it closed the kiosk last year because of declining commission sales, and opted instead to do that work from its main Auckland office, 300 metres away on Princes Wharf.

A group of operators then tried unsuccessfully to lease from the council's property development agency Panuku, a vacant container in a retail cluster on the the Wharf.

"The temporary Queens Wharf Village was launched in late January 2016 with the purpose of creating a new and exciting space for food, beverage and service-based retailers - such as shoe repair, dry cleaning, banking or telecommunications - to visitors of the downtown area while the redevelopment of the Downtown Mall is underway," Panuku told RNZ in a statement.

"Panuku considers the suitability of potential applicants to lease a space in the village with the purpose of why it has been set up in mind, rather than solely to drive revenue," said the agency. 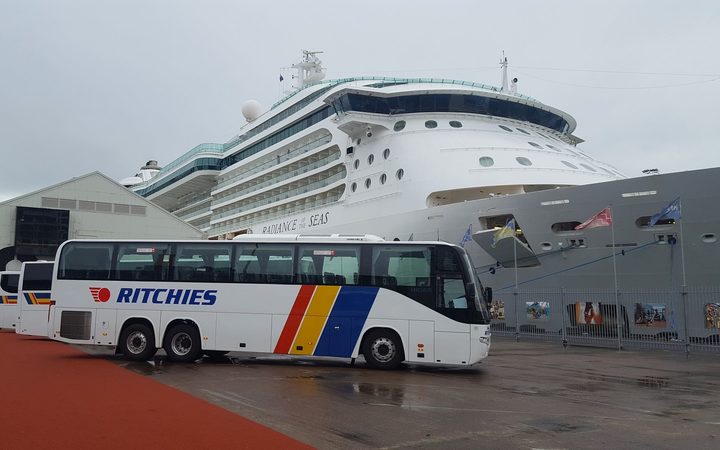 One of the tour operators Colin Binsted said a third agency, Auckland Transport, would not allow them to stand on the footpath outside Queens Wharf and chat to potential customers coming off the ship.

One operator paid Auckland Council $900 for a street trader's licence to stand on the opposite side of Quay Street from the wharf, but it had been a waste of money.

A total of three council agencies and the council-owned Ports of Auckland play a part in managing Queens Wharf, which is the main cruise ship terminal.

ATEED told RNZ that it needed to ensure there was no touting on the wharves, and that research showed that the city was well-regarded for its cruise ship handling.

The agency has twice relocated its waterfront iSite office, which once had a prominent site on Quay St at the entrance to Princes Wharf.

Tour operators said its new permanent location elsewhere on the wharf, was hard for tourists to find and too far to walk, but ATEED has said it was working well.

ATEED has agreed to meet the operators, and also said it was finalising a new Visitor Strategy, which would include new ideas for developing the sector.