Analysis - Design changes to the government's alternative plan for an America's Cup village in Auckland appear to be eroding the "point of difference" it originally had. 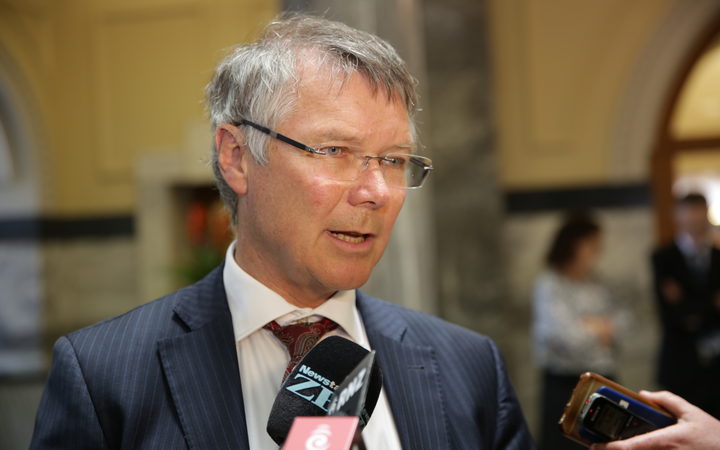 Auckland Council on Tuesday starts the planning process for its preferred village option, with the clock ticking on cabinet minister David Parker's determined bid to find an alternative.

Mr Parker wears two hats: as the Minister for Economic Development and Minister for the Environment, with the latter being the hat that seems to fit best in this pressured scenario.

He is mostly unhappy that the council proposal involves extending Halsey Street wharf by 75m, Hobson Wharf by 74m, and a narrow extension on Wynyard Wharf.

Mr Parker opposes the encroachment of piled-wharf construction over the open water of the inner port area to accommodate the sailing regatta planned for the summer of 2020/2021.

Over the summer however, the wharf extensions in government's own plan have grown: on Halsey Street Wharf from 15 to 25 metres, with Hobson Wharf as large as in the council option, and with some bases on Wynyard Point.

Mr Parker continues to argue that the Wynyard Point plan, which puts more bases on existing land, would be cheaper but updated costings have not been released.

Wynyard Point was originally costed at $16 million less that the council option's $128 million, and that was before government officials found that their Halsey Street wharf extension would have to grow by two-thirds. 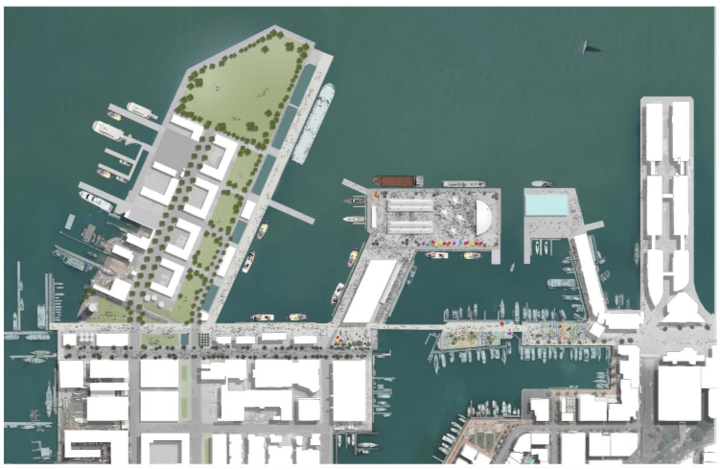 Auckland Council's outline of how it's village layout could be used post-America's Cup. Photo: Supplied

So, going into what might be the final week of the behind-the-scenes wrangling, here are the key issues :

RNZ understands that the government "team" led by top commercial governor Michael Stiassny, is hoping to finalise its work by midweek, but Mr Parker told RNZ it might take longer. 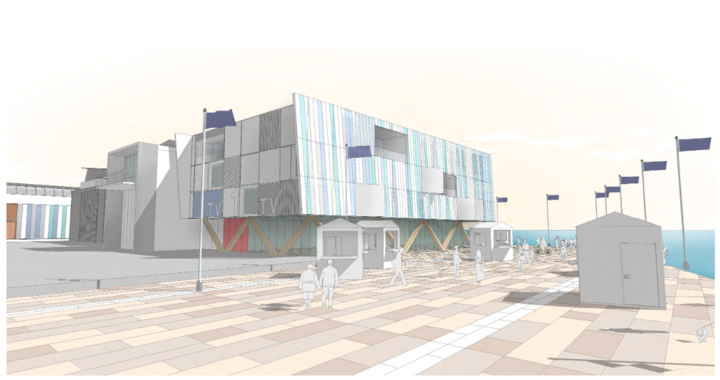 An Architects impression of a larger base in Auckland Council's village option Photo: Supplied

It's not clear how hard the government will continue to push an option which includes an increased wharf-extension component.

In November, the Prime Minister Jacinda Ardern said : "I have always opposed port expansion at its current site."

This referred to a cargo wharf extension proposed by Ports of Auckland, but does it also apply to "recreational" extensions further west?

The high-pressure process triggered by Team New Zealand winning the America's Cup in Bermuda last year - and with it the rights to host its defence - is the first real test of the working relationship between the Auckland Council and the Labour-led coalition government.

An Architects impression of a larger base in Auckland Council's village option Photo: Supplied

Mr Parker's public stance is that all the parties including Auckland Council are working co-operatively, but in an interview with RNZ declined to discuss how the council - which owns and manages Wynyard Point - had not found the possibilities his officials appeared to have.

"That isn't a question for me," he told RNZ.

In an opinion piece this week, the co-founder of the lobby group Stop Stealing our Harbour, Michael Goldwater, asked "Why did Panuku discredit the Tank Farm (Wynyard) so quickly?" and referred to "self-serving obfuscated disinformation".

The government's work has correctly tested the council's assertion that its option is the most certain and appropriate. The moment in which the minister decides whether or not to agree is keenly awaited.