Police have temporarily redecorated a patrol car in rainbow colours for the Auckland and Wellington Pride parades. 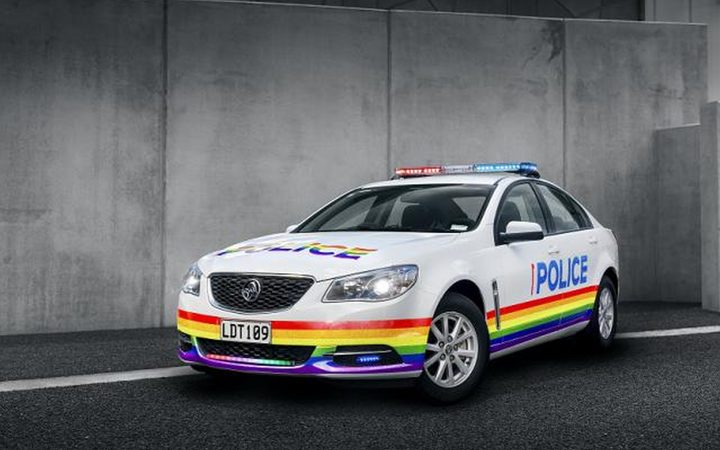 Police are putting rainbow livery on their patrol car in celebration of the pride parades in Auckland and Wellington. Photo: NZ Police

Police Commissioner Mike Bush said the new colours would not be permanent, as the "livery" was removable.

"As an organisation we look to encourage staff to 'use who they are' not 'lose who they are when becoming a police officer," he said in a statement.

Police staff were set to escort the rainbow car at the Auckland parade on 17 February.

Mr Bush was also expecting to march in the parade, along with deputy commissioners Mike Clement and Audrey Sonerson, and deputy chief executives Kaye Ryan and Karen Jones.

He also encouraged the LGBTIQ+ community to join police, which is undergoing a recruitment drive.