An estimated 1000 people are trapped in modern-day slavery in New Zealand and more needs to be done about it, academic Glenn Simmons says. 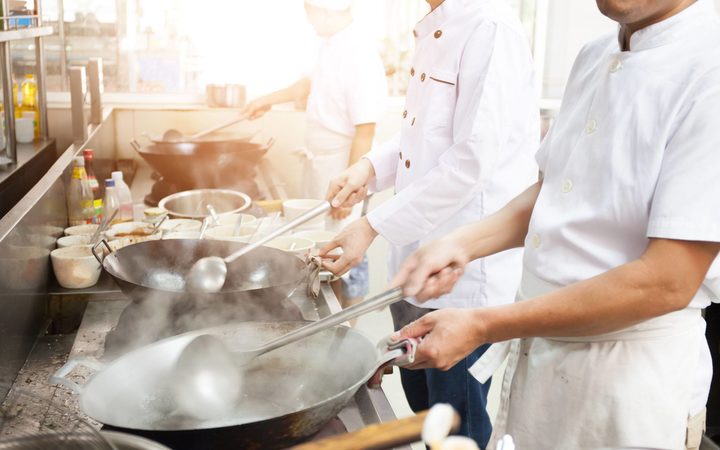 Mr Simmons, from the University of Auckland helped, research a paper into migrant exploitation in New Zealand in 2016.

He told Morning Report modern-day slavery was much more widespread in New Zealand with an estimated 1000 victims here, and police needed to do more.

"There's no dedicated officer for human trafficking in New Zealand and that really needs to be within the police department.

"At the moment it comes under the mandate of the Department of Labour."

While Simmons said he was aware of the extent to which immigrants were exploited in New Zealand, "for the general public it should be shocking".

The owners of a Birkenhead restaurant, 3 Kings Food, Luisito and Virgil Balajadia were sentenced at the Auckland District Court yesterday.

They were found guilty of exploitation, and giving fake or misleading information about five Filipino employees they sponsored to come to New Zealand.

Luisito Balajadia was sentenced to 26 months in prison and Virgil Balajadia to eight months home detention.

Each was ordered to pay just over $7000 to the victim.

Immigration New Zealand said the victim was $22,000 out of pocket from his 15 months working for the couple.

The agency's assistant general manager, Peter Devoy, told Morning Report the people were employed as chefs but were doing much more - cleaning toilets, for example.

The judge said the person's working and living conditions were not far removed from slavery.

"He is right when he compared it to this being akin to something like modern-day slavery.

"It is just repeated exploitation of people and it is something that we don't want in New Zealand society."

It was painstaking work bringing the case to trial, given most of the victims were back in the Philippines, he said.

"It's certainly a good signal that New Zealand society won't tolerate exploitation of labour, the rights of migrant people who are working in New Zealand are the same as those for kiwis."