An Auckland grocer has been fined $12,000 by the Employment Relations Authority for attempting to exploit a worker. 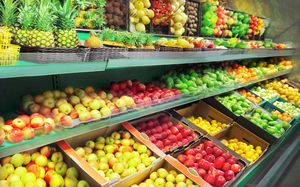 The authority said Raw N Fresh and its director Amardeep Singh demanded the newly-employed shop manager pay $20,000, then $18,000, in exchange for supporting the employee's visas.

Both times the employee refused to make the payments, and instead left his job and reported the matter to the Labour Inspectorate.

Inspectorate regional manager Loua Ward said employers who exploited vulnerable workers, by making them pay money in exchange for a job, breached New Zealand law and it would not be tolerated.

"This practice takes advantage of migrants who may not be aware of all their rights and entitlements in New Zealand, or may not feel like they have any other option."

Mrs Ward said it could be difficult for employees to come forward and raise concerns about the way they were being treated by an employer.

"The Labour Inspectorate takes these matters very seriously and is part of an all-of-government approach to combating migrant exploitation in its various forms."