After a decade of sunbed operators flouting rules endangering customers, Consumer New Zealand says it's time for tanning beds to be banned. 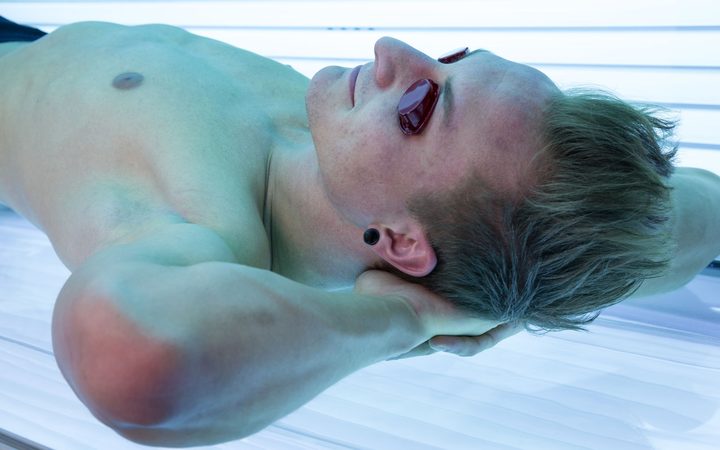 Undercover researchers visited 58 clinics around the country and found almost half were not checking the age of their customer, doing a formal skin assessment or providing eye protection.

Consumer New Zealand chief executive Sue Chetwin said the study had been done regularly by the watchdog organisations for the past ten years - and the results were always disappointing.

She said a total sunbed ban was the only solution.

"The industry has shown that it can't behave responsibly and it is putting consumers at risk. The sunbed operators consistently don't comply with their own code, it is unsafe, the World Health Organisation says it's unsafe, we have very high rates of melanoma in New Zealand it's almost a no-brainer that we shouldn't allow sunbed operators to run here."

The World Health Organisation's International Agency for Research on Cancer states using a tanning device before the age of 30 increases the risk of melanoma by 75 percent.

Last year new legislation forbidding anyone under the age of 18 to use a sunbed took effect.

Despite this, Consumer NZ said two operators let a mystery shopper who was underage use a bed, and thirteen operators did not ask the customer to sign a consent form stating they were over the age of 18.

"They say that they will operate to this voluntary code, but they don't. We don't believe that they are capable of running their own code, getting people to join up to the code or in fact to operate sunbeds in a safe way.

"We've been looking at sunbed operators and 'mystery-shopping' them for more than a decade and it's pretty disappointing to see so many of them operating outside their code and in fact outside of regulation now."

She said sunbeds were currently banned in Brazil and most Australian states.

"They're countries very similar to New Zealand - very high rates of melanoma and they've taken some real action and we should be doing the same."

The Ministry of Health recommends never using a sunbed, saying they expose users to higher levels of dangerous UV radiation than the sun.

It says using a sunbed is not a good way to boost Vitamin D levels.

The sunbed industry group - the Indoor Tanning Association New Zealand - has not yet replied to a request for comment.