More than 40 people have protested outside rodeo grounds near Dunedin, calling for an end to the sport. 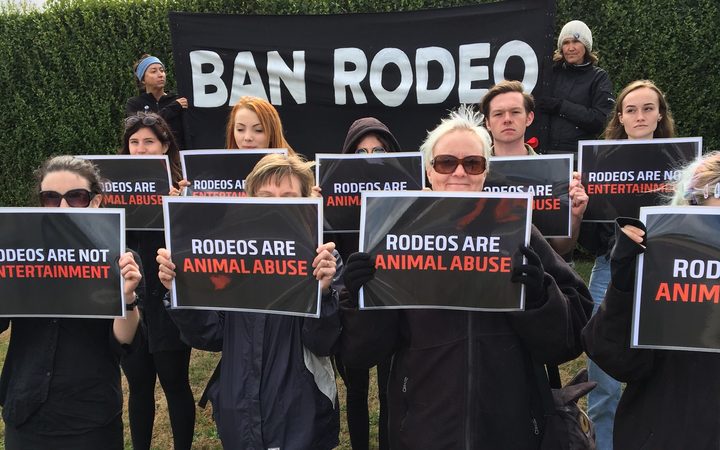 Protesters gathered in the Dunedin suburb of Outram, calling for a ban on rodeo. Photo: Supplied.

The Animal Justice League said people came from all over the South Island to take part in the protest in Outram.

Group member Leighton Thompson said rodeos were a form of animal abuse and most New Zealanders wanted them banned.

He said there was renewed public outcry after a bull was euthanised after its leg was broken during a rodeo in Martinborough.

"This is disturbing, unnecessary and exactly why we will not stop advocating for this cruel practice to be banned.

"We are asking our government to do the humane thing and ban this abuse," he said.

It was a peaceful demonstration, he said.