A report shows some areas in New Zealand are still losing wetland areas, despite 90 percent of the country's natural wetlands already being wiped out. 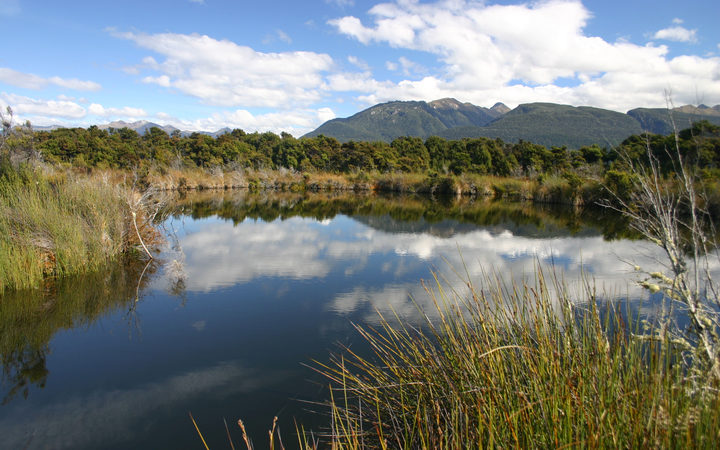 The report was released by Conservation Minister Eugenie Sage in conjunction with World Wetlands Day on Friday.

Wetlands store carbon and filter sediments that would have otherwise contaminated waterways and are home to native species.

The Ramsar convention, which was set up in 1971, seeks to protect wetlands world-wide and selects sites based on their size and their biodiversity.

New Zealand has six internationally significant wetlands recognised under the Ramsar convention, which it became a signatory to in 1976.

Ms Sage said it was vital to preserve the remaining 10 percent.

"In New Zealand, we have lost 90 percent of our natural wetlands.

"Large areas of Canterbury, Manawatu, Waikato and the Bay of Plenty historically had extensive freshwater wetlands. In Southland more than 1000 hectares of wetland has been lost since 2007."

She said the government would do more.

"I want to see more Ramsar sites, and [Department of Conservation] is investigating options. There needs to be more replanting of wetlands and better use of the Resource Management Act to ensure they are considered when intensive developments and agricultural expansions are being considered.

"These unique areas are too important for New Zealand's native wildlife and plants to lose."

"It does affect a whole range of eco-systems up and down the catchment - so places like Waituna Lagoon down in Southland or Lake Ellesmere - if there were a whole bunch of wetlands still in the landscape above those places then the water quality of those lakes would be much better. So we'd have an environment that looks quite a bit different to what it looks like now because we've lost that really large-scale function of looking after our water that wetlands helped out with.

"Also some of our bird species like the Australasian Bittern, there's less than 1000 left but if you look in historical records they would have been all over the place so it's a part of our biodiversity that people don't even get to appreciate."

He said more wetlands would also mitigate the effects of severe rainfall.

"You get big rain events like we just had in the last couple of days, all that water can just go downstream much quicker, when if the wetlands were in the way it would sort of stop it, it would cycle it and it would gradually release that water down but you wouldn't get these really sharp flood events that we see flowing into our downstream rivers, lakes and estuaries too."

Mr Robertson said the priority was protecting the wetlands that were remaining, but restoring former wetlands would be necessary in the near future.

"We should focus on the protection right now, what we're seeing in New Zealand is that wetland loss is still occurring, they're not being valued for all the range of values that they have so first and foremost we need to protect what we have left.

"There's lots of iwi, community, councils, DoC groups all working towards that but we probably need to upscale it significantly and be really targeted about where we do it.

"It is impractical to think about returning back to some historical level but there are areas available we can change or modify the way we've been managing places and still have everyone benefiting and that's being talked about a lot at the moment."