Auckland locals are calling for a clean-up of an area they say was once an urban oasis that was home to birds, fish and eel. 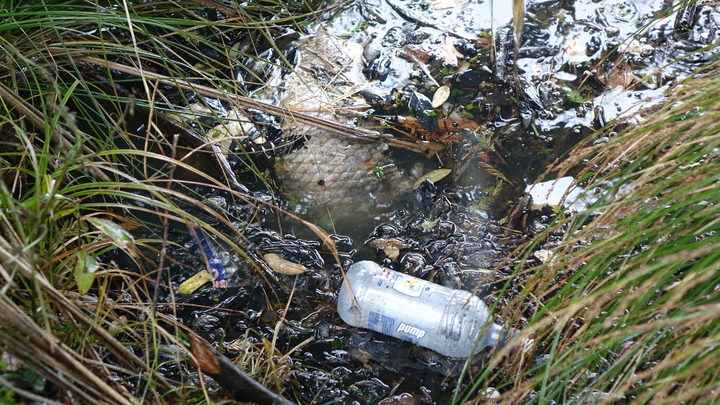 A dead fish at the edge of the water. Photo: RNZ / Jessie Chiang

Greg Moon has lived in Birkenhead for 20 years and said the ponds were now polluted, and a minor slip closed a walking track a year ago but no work has been done to fix it.

Auckland Council had completely neglected the area, which used to be owned by Chelsea sugar company, he said.

"I can remember as a kid, it was quite clear - it never smelled.

These days it was common to see dead birds, fish and eels at the edge of the pond.

"Whenever we've walked the dog past, we've had to hold our breath," Mr Moon said.

"At one corner it smells so bad. It's beyond rotting vegetation smell, it's something next level - it actually smells like sewage or toxic. Putrid."

Yvonne Bean lived close to the ponds and said there was a time when birds flocked to them,

"In the evenings, they'd cackle and make a sound. There were a lot of pigeons, a lot of shags... There's nothing down there now."

The water looked dead, she said. 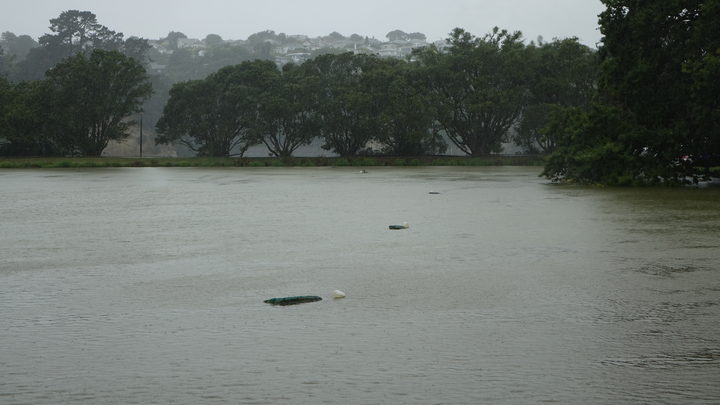 The pond which locals said was once and urban oasis. Photo: RNZ / Jessie Chiang

Having a patch of bush and a healthy wetland in the middle of suburbia was important to the wildlife and the people of the area, Ms Bean said.

She wanted to see the community get involved in caring for the 39 hectares that was sold to ASB Communities Trust, the government and the then-Auckland Regional Council and North Shore City Council.

"While Chelsea had it, it was in a lot better condition than it is now and they did make an effort to have the water pumps going," she said.

"The water was clear, wildlife was there. But, probably in the last five years, it has deteriorated and this year [it's been] really bad."

Auckland Council general manager of water Craig McIlroy declined to be interviewed but in a written statement said an algae bloom had broken out in the pond.

The pollution was caused by two stormwater drains from a nearby landfill, he said.

The drains would be re-directed by the end of the year.

There had also been a sewage pipe leak that was found and fixed last week, he said.

The council has not received reports of sick or dead birdlife but Mr McIllroy encouraged people to report any sightings.