Residents at East Beach in Waitara have been asked to stay away from their homes ahead of the high tide about midnight. 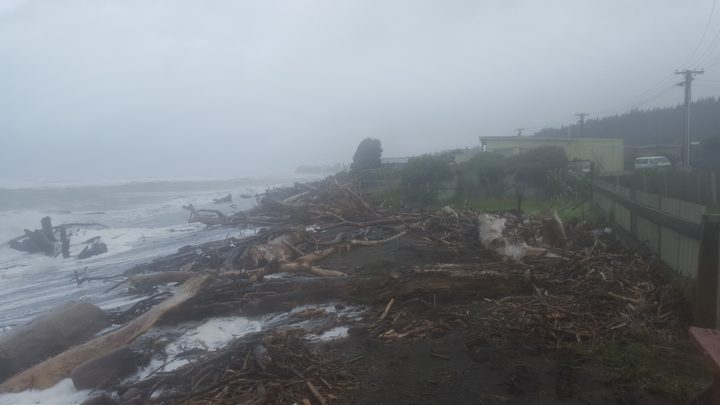 Fire and Emergency evacuated the Taranaki settlement shortly before midday as fears grew that a combination of a king tide and storm surges would inundate roughly 30 properties.

Mr Crow said the situation was quite perilous. 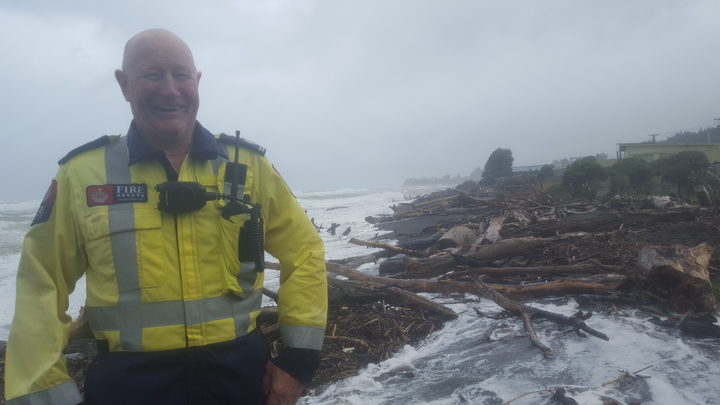 "Oh, it is very close. The sea is pounding right up very close towards the houses and were just making sure that no one is in there if it does come through."

Mr Crow was particularly concerned about people being trapped in their homes during the night.

"We're just looking at evacuating over the next two high tides because this weather is going to be around for most of the night." 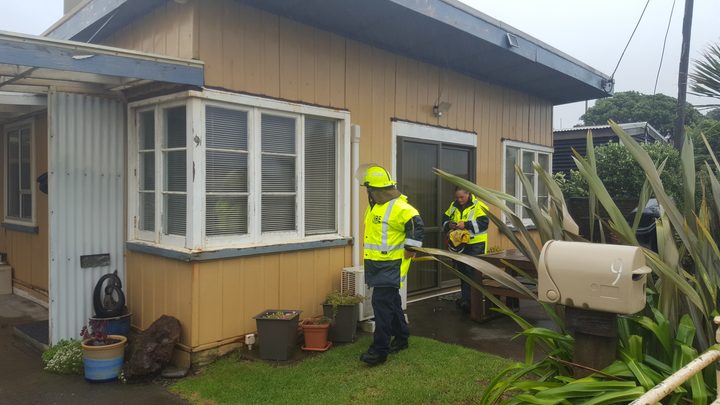 Waitokurangi Tito and her husband Ray could not bring themselves to leave this morning.

"It's been been absolutely scary, but not wanting to move from what's ours, you know. We just wanted to stay put.

"People have been in and offered us places to go to but somehow we just couldn't face leaving the house to the treacherous sea." 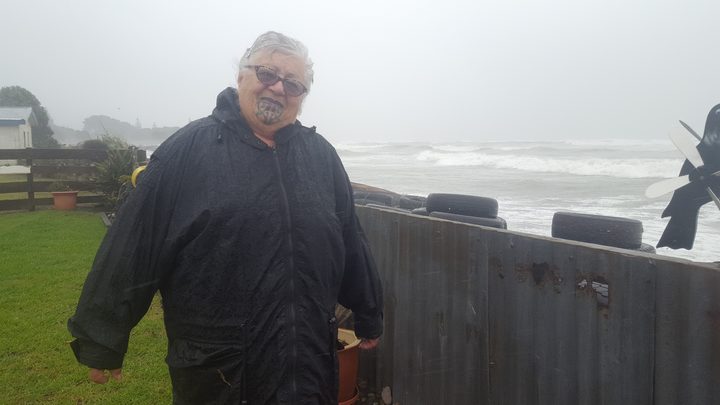 Mrs Tito said the couple would move out tonight after watching the seas ranging at the back fence over lunchtime.

She feared being in the house overnight.

"It's quite scary being on your own at night and you lie in bed and you're listening to the rolling waves, and you think 'is it going to come over the fence'?"

"This is my grandmother's house. My cousins live here and we're just picking up all of her photos and her urn because we don't want to come back and find the place ransacked or something like that. 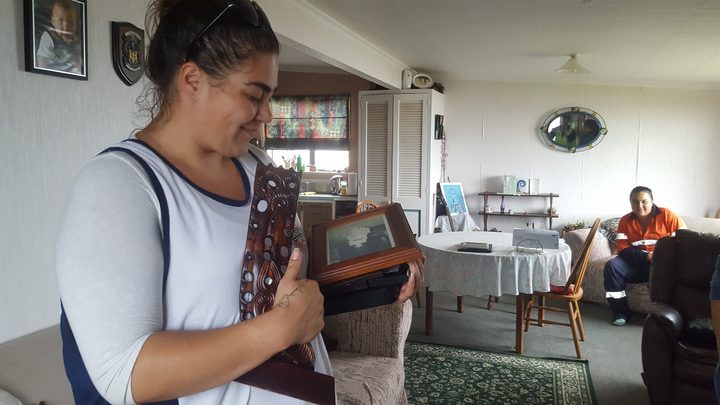 "So we're here picking up all of those. All of our sentimental things."

"We escaped a big bullet and I mean a massive bullet.

"When I came down here at 8.30 or 9 o'clock this morning, the waves were as far as the eyes could see and I was concerned about the safety of the residents along here."

Mr Dodunski wanted to see a seawall built at East Beach a point echoed by Leigh O'Carroll who was helping residents safeguard their possessions.

"The council needs to build up the wall along here and they need to do something about the groyne because even when it's not like this the water's coming in and it's eroding all the side of the bank here right next to the houses.

"So the council needs to fix it. They stuffed it in the first place."

The New Plymouth District Council has a policy of only protecting significant public assets from storm surges and erosion.

In other weather related incidents, Port Taranaki closed the Lee Breakwater and public carpark ahead of the high tide and parts of Coastal Walkway were also closed.

There were high wind warnings and a tree had come down on a house.

Powerco said at 4pm about 500 homes were without power in Stratford, New Plymouth and Bell Block.