Storm Fehi has been battering much of the country, bringing heavy rains, flooding and strong winds.

The Boathouse on Nelson's waterfront has been badly damaged by the storm. Photo: Supplied / Peter Moffatt

The Boathouse building in Nelson, which sits over the water along the waterfront, was built in 1906. 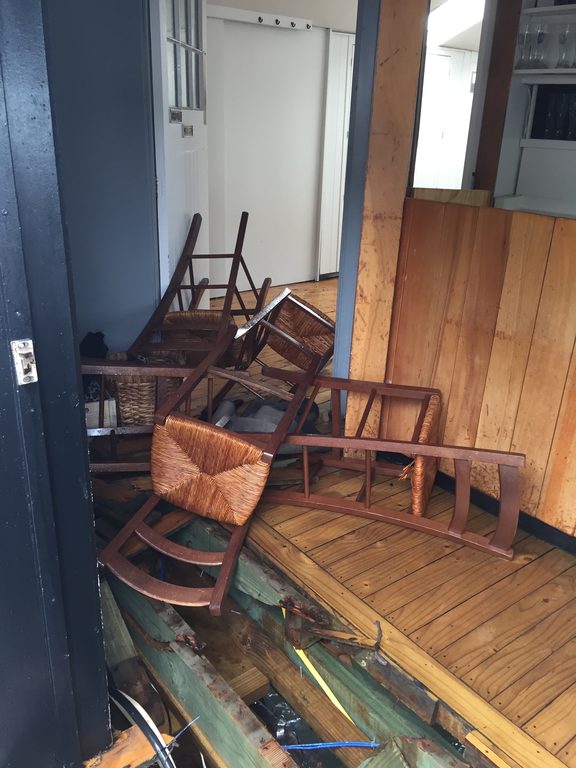 The interior of the iconic Boat Shed Cafe on the Nelson waterfront. Photo: Supplied / Peter Moffatt

Boathouse association member Pete Rainy said the floorboards have been pushed up the heavy seas.

"I've been down to the waterfront to have a look, the combination of the king-tide and a northerly swell has caused a lot of damage to buildings along the water front.

"The Boat Shed has had all of its floors punched up by the water, the approaches to the building have been washed out to sea."

Mr Rainy said it was sad to see the building in such a state.

"I think the bones of the building are okay but there's a lot of damage, it's hard to get to it, the road is still closed and there's still a lot of rocks and debris everywhere.

"I've seen bad weather before but this is the biggest in terms of damage, the height of the water and the force of it," Mr Rainy said.

He said the Boat Shed Cafe has also been badly damaged, with the sea washing trough the building.