A primary school teacher who tried to trick a female colleague into a spanking session has lost his teacher registration. 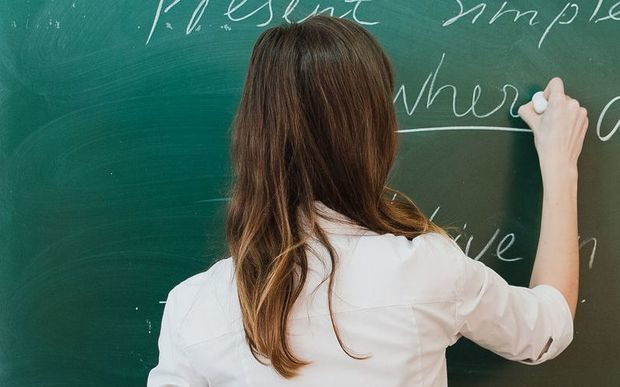 The Teachers Disciplinary Tribunal said the man told a trainee teacher the spanking was part of a university study on corporal punishment and made her sign a confidentiality agreement.

"On 14 June 2016, the respondent approached Ms A and showed her a letter from a university regarding a study about corporal punishment," the tribunal's judgement said.

"However the letter was a forgery, the respondent having used the letterhead from another study to create the letter which detailed the fictitious study."

"On 17 June 2016, the respondent presented a second forged document to Ms A. Again he had used the university letterhead. The second letter detailed the corporal punishment study and stated each participant would have to give the other 'four hard swats on the bottom using a school paddle'," the judgement said.

The woman became "extremely uncomfortable" and told the school's principal who contacted the university and discovered the study was fictitious.

During the school's subsequent disciplinary process, the man said he had a sex addiction in which he "fantasised about corporal punishment between adults". He apologised to the other teacher and acknowleged his actions were "nothing short of dishonest and self-serving".

The principal contacted the police and the man was later convicted of forgery in a district court.

The tribunal said the man accepted his offending warranted censure and loss of his teacher registration.

"This type of behaviour is the antithesis of the standard of honesty expected of teachers. Second, there can be no doubt that the respondent's behaviour is of a nature that brings the teaching profession into disrepute," it said.

The tribunal said the names of those involved in the case were suppressed by the District Court.