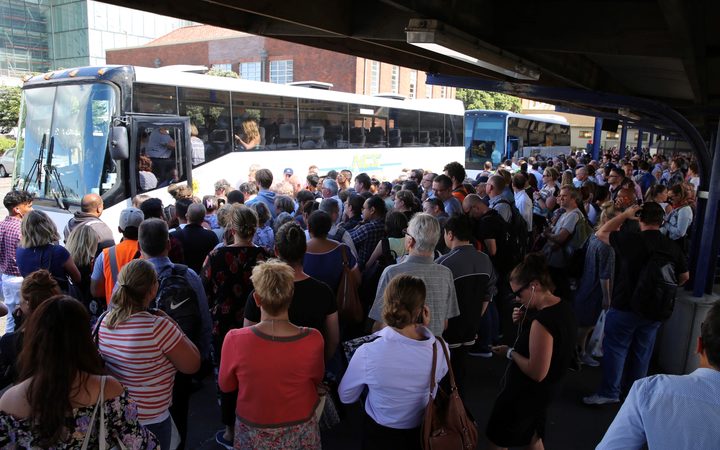 Commuters in Wellington wait for buses after a power outage cut most train services out of the region. Photo: RNZ / Richard Tindiller

The power failure halted most commuter trains in Wellington at about 3:30pm.

All Kapiti, Hutt Valley, Melling - and some Johnsonville - lines were suspended, Metlink said.

It said services had now resumed, with the first trains to depart the station setting off just after 7pm.

But is said there would be extensive delays before trains were running to timetable.