Wellington train station was evacuated this morning, after a staff member accidentally knocked a sprinkler. 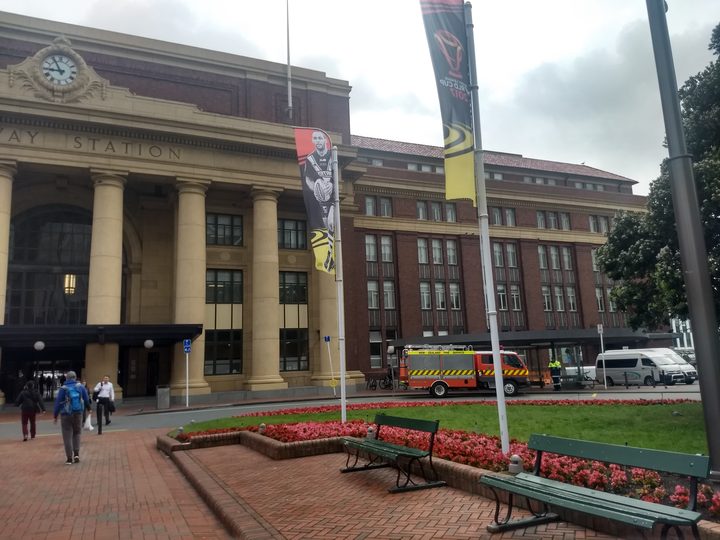 The Fire Service were called to the station at about 7.10am. Photo: RNZ / Charlie Greenhalgh

The Fire Service were called to the station at about 7.10am.

The station has since been re-opened and firefighters are now helping to clean up the water.

The evacuation saw trains stopped across the Wellington rail network.

NZQA has warned students in the region that there could be delays if they were travelling to an NCEA exam by train today:

Some Wellington trains have been cancelled. If you’re travelling to or from your exam by train today, be aware there could be delays.

Am on the train held up on #HuttValley line. Bus might be a better option if you are in a hurry to get to #Wellington to work