One of two victims of a fatal house fire in South Dunedin on Monday has been formally named. 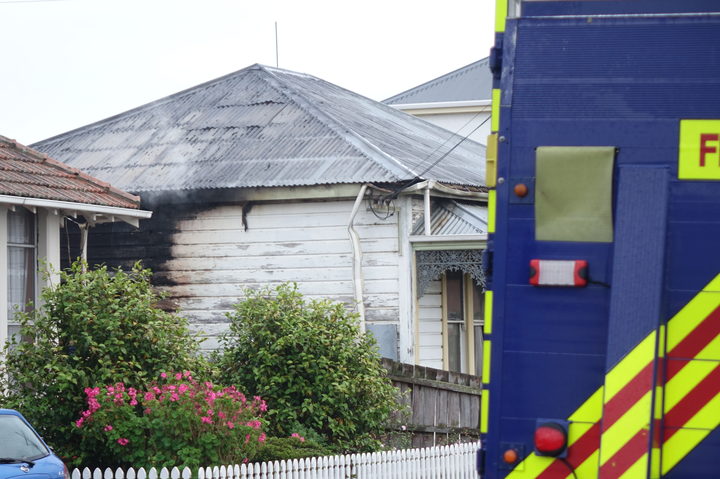 Two people have been confirmed dead in the fire Photo: RNZ / Tim Brown

The fire tore through a wooden villa in Wesley Street just after 5am on Monday, killing two people believed to be the couple that lived in the rear flat.

An elderly man escaped from the front flat, but neighbours could not reach the pair, beaten back by the heat of the blaze.

Police have now confirmed the woman was 35-year-old Anastasia Neve.

Police said they could not yet name the second victim, believed to be Ms Neve's partner, because that person had not been formally identified.

Emergency services are yet to determine the cause of the fire and have only publicly stated it is unexplained.

The scene was complex and still being examined, and post-mortems were continuing.