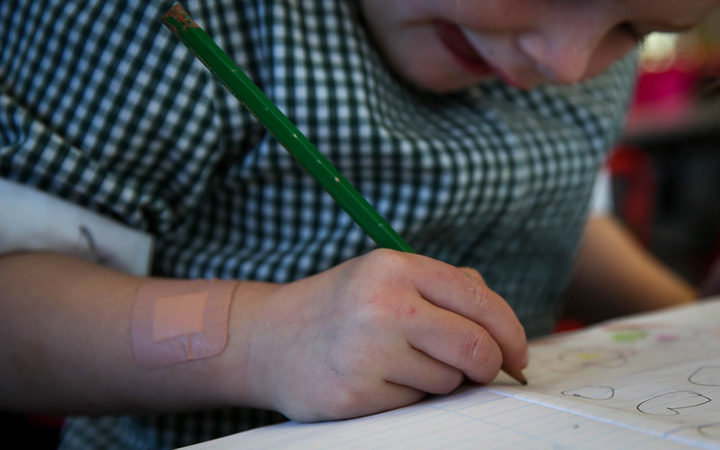 With the expensive Christmas period just past, parents were now shelling out for new stationery, uniforms and laptops as their children headed back to class.

Budgeting and Family Support Services chief executive Darryl Evans said his organisation had seen at least 30 families stressed about the costs in the last 10 days.

"[State] education is supposed to be free, and for many of our families ... they're in struggle street - so these are just more bills on top of bills."

Fast Track Finance Hawke's Bay's Facebook page was advertising a four-month $500 Back to School loan with a $40 a week payment and $99 establishing fee.

That means families would be paying $739 over a 16-week period - almost 50 percent more than the amount loaned.

Mr Evans said it was important people made smart choices rather than turn to high-interest loans.

"Just this week I've seen some adverts on social media where interest rates are anywhere between 40, 50, and 60 percent."

It was "appalling" that companies were taking advantage of families like that, he said.

Struggling families should go to Work and Income or talk to their school, many of which could help.

In previous years, some families had been forced to delay their children's school start until they could finance it, Mr Evans said.

"By the middle to end of March last year we'd identified several families where up to 38 children had not gone back to school because they didn't know where to go to help buy the stationary and to buy the clothing."

He said people tempted by the offers need to go away and think about the potential consequences before signing up.

However, Fast Track Finance Hawke's Bay director and manager Julie Trott said her company was lending responsibly, with those who could not afford repayments turned down.

"Definitely when they can't afford them and when we're not prepared to do a loan we'd refer them generally to Work and Income or suggest getting some help from family members if they're able," she said.

It was no different to marketing at other times of the year like Christmas and said it was just like retailers offering their own product finance or putting it on credit.

"We're just offering a service just like Warehouse Stationary is, just like Harvey Norman is, offering the things that people need in order to either finance them or to buy them in order for their children to go back to school if they need assistance."

It was "one-sided" to make out that finance companies were creating problems, she said.

"There's a lot of other avenues where people can get credit... We're governed by the Responsible Lending Act and think people need to borrow responsibly just as we lend responsibly."

Te Tai Tokerau Principals Association Pat Newman, who is also principal of Hora Hora Primary School in Whangarei, said it was becoming more common for families to take out loans as costs increased, but parents needed to remember that loans had to be paid back.

"There are many ways that schools do help and will help parents, even to tide them over until they can get the money back to them."

His school supplied stationary to some families free of charge, while other parents paid the cost back to the school in small increments.