Two people have been rescued from cars stranded in floodwaters after a heavy downpour on Auckland's North Shore this morning. 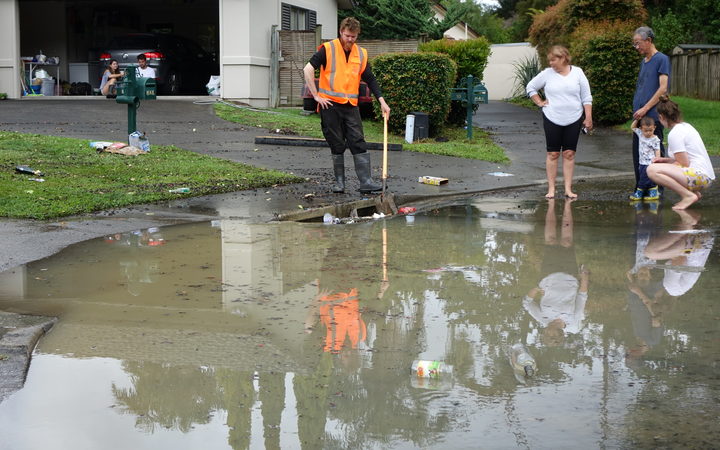 Residents of Sucklings Lane in Rosedale drain their flooded cul-de-sac which was waist high earlier this morning. Photo: RNZ/Laura Tupou

He said houses have flooded in the suburb and council staff are on their way to clear drains.

MetService said Rosedale Road in Auckland has had over more than 52mm of rain an hour. 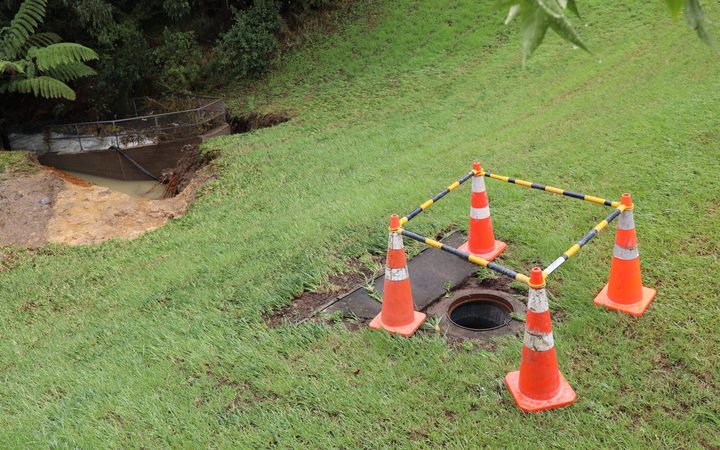 MetService meteorologist Tom Adams said that was a lot of rain - enough to create localised flooding, and potentially slips.

People in the Auckland suburb of Albany said the downpour left them in waist-deep water within minutes.

"The whole street filled up to the point where the wheelie bins were floating around the street, the water was up to our waist within about five minutes."

He said he has lived in the lane for 10 years and has never seen it flood before.

"We've had no damage to the house but my daughter's car is full of water, she's only just got it so she's been rather upset.

"There are houses behind us which got about 10 to 15 mm of water through their homes." 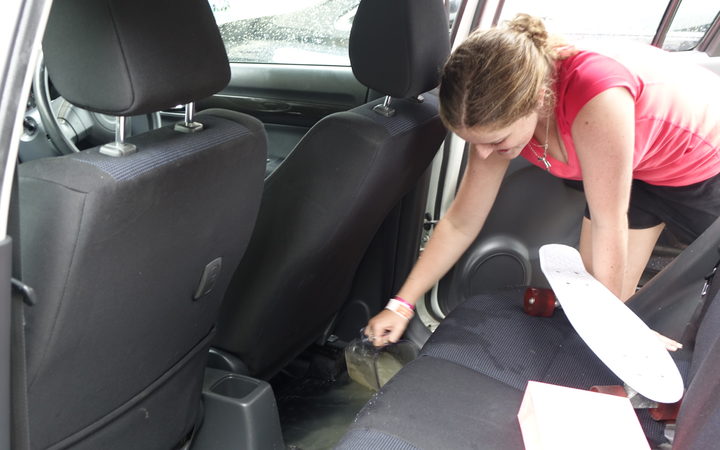 17-year-old Phoebe Nielsen empties her car which was flooded while parked on the road. Photo: RNZ/Laura Tupou

Mr Neilsen said he was trying to clear the drains so if there was another downpour they didn't "don't get hammered again", Mr Neilsen said.

He said his family were lucky, as the water came within millimetres of being in the house.

Peter Berry who lives on Samuels Lane in Albany said most of the water which flooded his property came through the sewer line.

"The pipe runs from the apartment development through the middle of the road. The water came through that then bubbled up through the road, it was all dirty with clay so the pipes we're probably blocked," Mr Berry said.

Mr Berry's neighbour Sophie Xu came home from work to find her house full of water - it was the only house which flooded.

"My mother in law called me in a panic so I came home to find the house like this, it's pretty upsetting. The carpet, furniture and some of our electronics are ruined.

"My neighbours have helped us get rid of the water and clean up, I'm so grateful for that," she said. 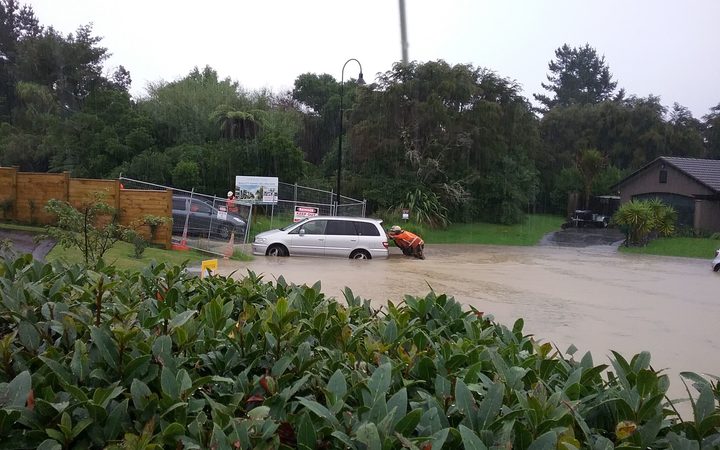 Earlier, the Transport Agency warned of delays on Auckland's Northern Motorway due to severe flooding, but now said it has cleared.

This flooding has now eased and congestion has now cleared ^TY https://t.co/IbfRmECEmK

Meanwhile, MetService has issued a severe thunderstorm warning for parts of the North Island including Auckland and eastern Northland.

In Northland, thunderstorms could become severe producing localised downpours of 25 to 40mm per hour or more.