Dry and drought-like conditions are all too familiar in parts of the country.

But for those dry conditions to arrive so early, as they did in early December, is less common and in some places such as Kapiti Coast there has not been anything like it in a decade.

It took only four weeks of unseasonably dry conditions from the end of November into December to trigger drought-like conditions in a year of extremes.

Using an array of climate stations around the country, the National Institute of Water and Atmospheric Research (NIWA) gathers data on rainfall, wind speed, air temperature and soil and feeds the information into the national climate database. 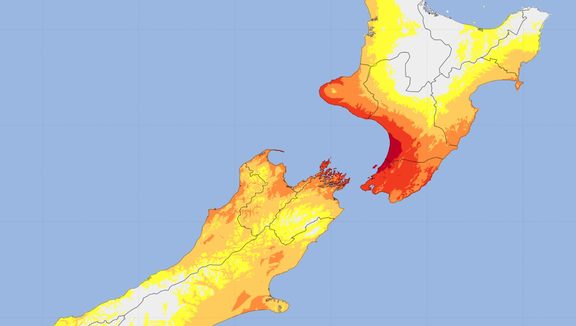 Niwa principal climate scientist Andrew Tait said its drought index was a valuable tool for assessing conditions around the country.

Once drought - or drought-like - conditions are reached, it can take significant rainfall to break them. In the Kapiti District, during December, 5mm of rain would need to fall every day to replace the water lost in the soil to evaperation.

"My suspicion is we'll have these drought conditions for the most of the summer," he said.

In 2015, when there was a comparable drought, the driest conditions peaked in late February and early March.

"To have it so high at the end of December is extremely rare ... catching people unaware because they would not have expected these dry conditions so early.

"We had four weeks of these conditions and that's all it takes. These types of events are in keeping with the climate projections for climate change." 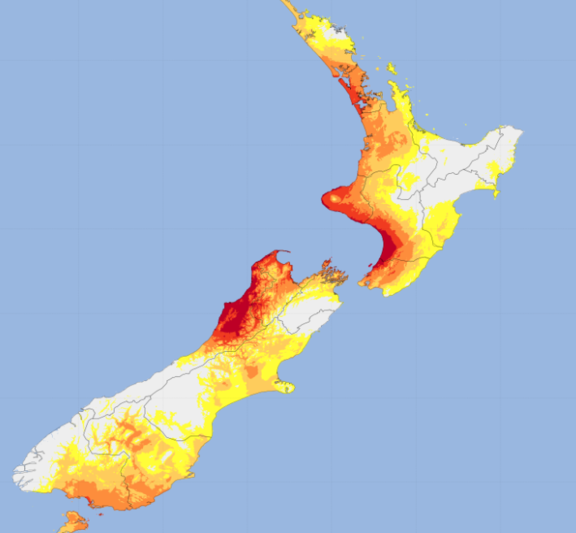 Farmers often prepare for drought in advance, but the early onset of dry conditions can pose problems.

The Ministry for Primary Industries gets information from rural sources, Federated Farmers, regional councils, and others about what's happening with stock, land, prices, feed and irrigation.

The ministry classed the unseasonably dry start to summer as a medium-scale adverse event on 23 December and, at the start of the January, the classification was extended to the Buller and Grey Districts. Drought-like conditions are now affecting Taranaki, Manawatu-Whanganui, Wellington and the West Coast - 15 districts overall.

Heavy rain in parts of the country such as the West Coast - up to 75mm in two hours around Greymouth - recently may be enough to break meteorological drought but that doesn't mean farmers are out of the woods.

2️⃣0️⃣1️⃣7️⃣ was an interesting year to observe from a soil moisture anomaly perspective in NZ.

Mr Tait said climate modelling, drought index, and involvement of the primary sectors have been a success - a network of monitoring that can help people get through a drought by anticipating its arrival.

The index - a map colour-coded by drought levels from 'dry' to 'severe drought' - changes gradually all the time, a "slow-growing and intensifying climatic feature". 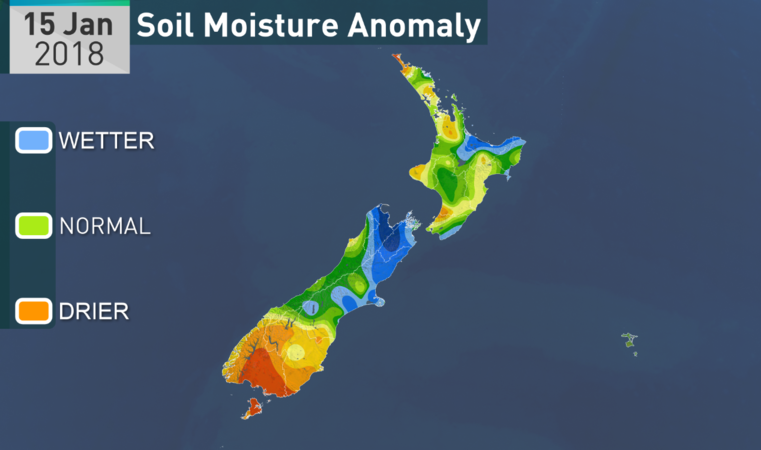 There is a important distinction to note here:

A range of factors coincided this year. There has been warmer than average sea temperatures, anti-cyclones, humid air over the country, and a higher rate of evapo-transpiration - the wicking away of moisture from the land into the atmosphere.

Prevailing winds from the north have brought moisture to the eastern and northeastern parts, but the south of the North Island and the Nelson-Tasman region are sheltered from these winds. A weak La Nina cycle means a warmer than average year, plus the air temperature has been warmed by the sea surface anomaly - the so-called 'marine heatwave'.

Anticyclones - areas of high pressure - lead to calmer conditions, the kinds of conditions that lead to calm seas. In turn the warmer water on the sea surface does not mix with cooler water - as it would be in choppier, low pressure conditions - and the temperatures increase.

"We cannot avoid it ... we can make a decision early enough so we're not caught out. We are never going to have a country without drought but we want a country where we can farm," Mr Tait said.

MPI director sector policy Jarred Mair said the January rain could break the drought in terms of soil moisture, and that was great news for farmers, but it was not an end to the official medium-scale event, as the drought continued to affect farmers.

"The classification of a medium-scale event stands for six months [for example, for Buller and Grey Districts until 10 July 2018]. This means that extra funding will be available as needed to the Rural Support Trusts to help their communities.

"Droughts are slow to build and slow to recover from.

"Farmers are already dealing with the longer-term impacts of the drought. For example, farmers have been unable to make and save much supplementary feed for winter, or have been using their winter feed already. Some dairy farmers have needed to dry off or cull stock, and brought in extra supplements. So the impacts will be felt at least into winter. Planning ... will be crucial and help is available to work out what that plan will look like."

Mr Mair said drought can happen at any time on a localised scale. The government gets involved when the effects meet criteria for an adverse event, which is all about the impact on the primary sector.

Defining a drought as a medium scale event takes into account:

"The rain that has fallen will support pasture growth, and will take two to three weeks before this translates into feed for animals. Winter crop yields will benefit. In the meantime, farmers will still use their drought strategies to get through. Building up pasture covers, supplementary feed and animal condition will continue to be a priority."