Wellington Zoo is playing matchmaker to two solitude-inclined Sumatran tigers, and are hoping the pair hit it off. 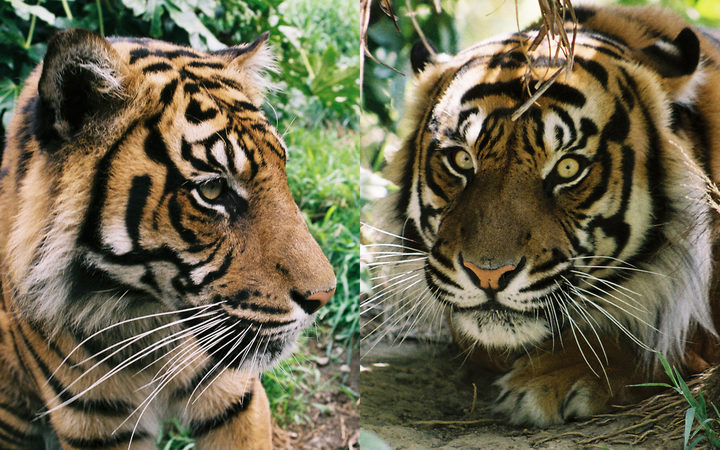 Wellington Zoo is hoping Senja (left) and Bashii (right) will take a liking to one another Photo: Supplied / Wellington Zoo

Seven-year-old male Bashii and his potential mate Senja are slowly being introduced to each other in a gradual process, with no guarantee of success.

Carnivore team leader Maxine Jenkins said tigers were solitary by nature, but the goal was to get them used to each other so they might eventually breed. 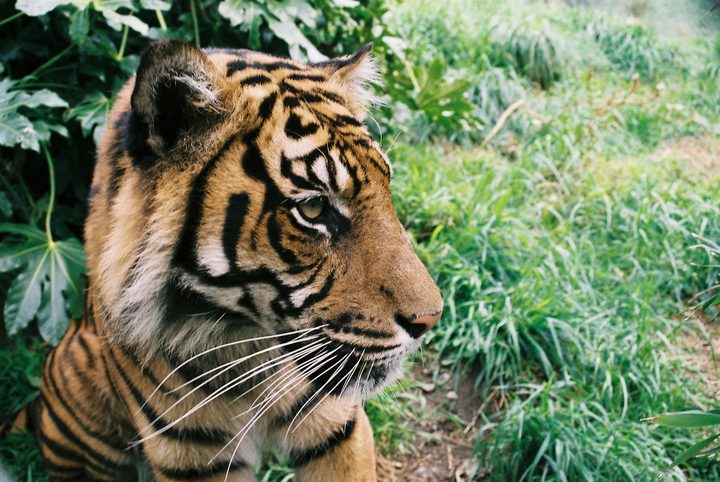 "We've now got to the stage where we have allowed our female tiger access into our male tiger's habitat while the male tiger is inside in his den."

She said during the times in Senja's hormone cycle when she becomes interested in Bashii, she spends a lot of time looking through the mesh at him, and the pair vocalise back and forth.

"Going off all the signs that we're seeing, if it's all positive then we would look at ... putting up all the doors and letting them have access to each other.

"But this could be six months to a year - it completely depends on the the tigers and how everything progresses." 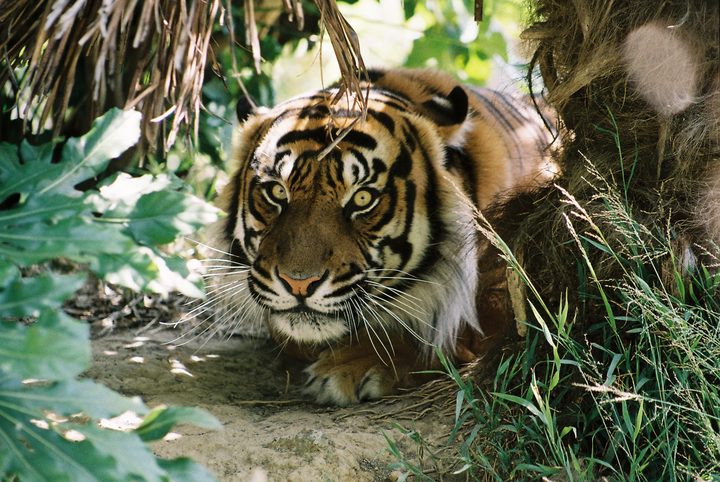 So far things were looking positive but that could change at any point, she said.

"This a species that's really struggling out there in the wild.

"Anything that we can do with this breeding programme is going to be a real achievement."

There have been about half a dozen tigers successfully bred in captivity at the zoo, she said.

Sumatran tigers are critically endangered, with as few as 400 remaining in the wild.