New Zealand's southern-most city, Invercargill, has had its hottest day on record - with the temperature hitting 32.3°C yesterday afternoon. 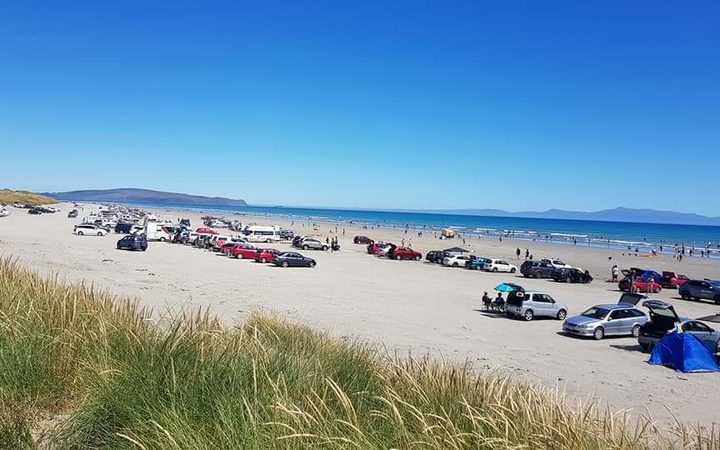 The MetService said the official temperature at Invercargill's airport at around 5.30pm yesterday reached 32.3°.

It's only the sixth time since 1993 the temperature in the city has exceeded 30°.

Before yesterday, the hottest temperature Invercargill had ever experienced was 32.2° in 1921.

NIWA Weather tweeted that since 1905 there have only been 14 times in January that Invercargill temperatures have only reached or exceeded 30°.

Big time heat Sunday with max temperatures near or above 30°C over lower South Island. Since 1905, Invercargill temps have only reached/exceed 30°C 14 times in January. Going for number 15 & 16 Sunday & Monday. PS Watch fluid-like movement of the colours.
~Chris pic.twitter.com/j05n3FXbJf

A MetService meteorologist, Sarah Haddon, said many places in the lower South Island have had a scorching day yesterday.

Balclutha, Lumsden, Gore and Alexandra have all experienced temperatures of at least 30°.

"We have a high just sitting to the east of the South Island, as well as a low sitting in the Tasman Sea, so between those two features we have a northerly flow pulling a lot of tropical moist warm air, so that's lying over New Zealand bringing those temperatures up."

Ms Haddon said it was likely to be just as hot today, but things would cool down a bit later in the week.

MetService said the temperature would drop to the low 20s later in the week.

A low approaching slowly from the Tasman Sea is set to spread rain and strong northerly winds over most of New Zealand from the middle of this week. Today's satellite image shows the system lying in wait to the west of the country. Keep up to date at https://t.co/Yjbq0jxdqz ^SG pic.twitter.com/VRCCSFp7xy

Invercargill Deputy Mayor Rebecca Amundsen said while summer temperatures were often in the 20s, they were not in the 30s that often.

She said the heat was the main topic of conversation on social media at the moment.

"So everybody's commenting about how warm it is, taking photos of the temperature gauges on their cars and in their houses and we've got a clock in town that has the temperature on it, so that's popped up a few times as well."

Ms Amundsen said residents were coping fine with the heat, as Southlanders could cope with anything.

Temperatures are expected to stay high in Invercargill today, then drop later in the week.

Invercargill wasn't the only southern place to top 30°, with yesterday's highest temperature going to Millers Flat which recorded 33.1°.

Many places around Otago and Southland topped 30°C today. Here are the 30+ temperatures from our official stations. ^AG pic.twitter.com/QfGPLstu7L

Meanwhile, MetService said there were 1915 lightning strikes in the North Island to 9pm yesterday.

All the lightning today was in the North Island, with 1915 strikes to 9pm. Most of the action was about the hills and ranges. ^AG pic.twitter.com/bxVXqSryXZ

The MetService said more thunderstorms were likely to keep disrupting summer, because the ocean surrounding the country was warmer than usual.

He said more storms were likely before summer was over.

"All in all summer is going to be a bit of a mixed bag. Obviously though the one good news is it should be staying fairly warm but of course potentially quite unstable."