A request from local iwi for visitors to stay away from Auckland's Waitākere Ranges to stop the spread of kauri dieback appears to be falling on deaf ears. 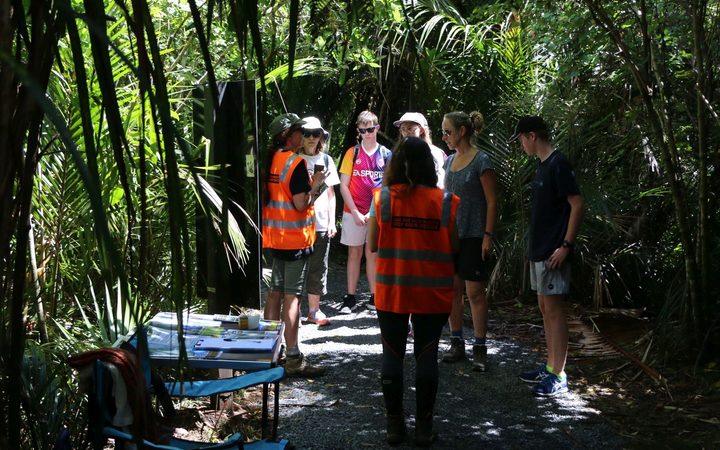 Hundreds of people are continuing to walk in the ranges, despite Te Kawerau-ā-Maki placing a rāhui over them to try and stop visitors flocking there in the summer months.

At least 500 people are estimated to be walking the popular Kitekite Falls track near Piha every day. 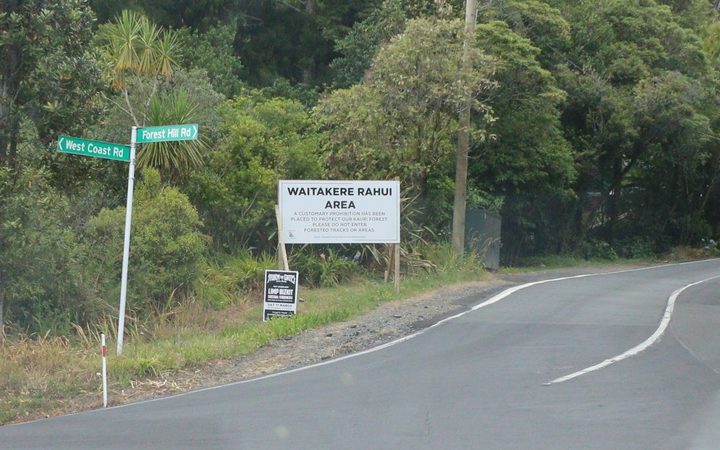 A sign for the rāhui seen heading towards Piha. Photo: Nita Blake-Persen/RNZ

It's one of several tracks the Auckland Council has been upgrading to prevent kauri dieback spreading after councillors voted last month against closing the ranges completely.

The upgrades have cost $150,000 and include new cleaning stations, and work to make tracks less muddy.

"To engage with visitors on ways they can help in stopping kauri dieback disease, in particular educating them on the importance of using cleaning stations and how to clean their shoes properly, and providing general information about the disease."

The ambassadors are reminding walkers of the rāhui, but of the hundreds spoken to at Kitekite Falls in recent days, only a few had opted to turn back.

The council has also installed monitoring devices on closed tracks to see how effective the closures are.

But environmental group The Tree Council secretary Mels Barton said the efforts were a drop in the bucket compared to what was needed.

"Without stopping people going in there, moving the disease and spreading it further, they're just making their job more and more difficult and more expensive."

About one in five kauri trees in the Waitākere Ranges are affected by the disease and Ms Barton said the government urgently needed to step in to stop the situation getting any worse.

"We've had a great deal of buy-in from user groups (running and tramping groups) but it's those individual members of the public that are hard to get to.

"We need the agencies to come to the party and do the enforcement now in order to make this work."

Last month the government announced it had asked the Kauri Dieback Programme to create a national pest management plan, saying it was the strongest piece of regulation available to combat the disease.

The plan would ensure mandatory hygiene practices, stronger governance and access to funding.