The storm that has been hitting the country is expected to worsen overnight.

As much as 160 millimetres of rain is expected to fall tonight across the upper part of the North Island, while Civil Defence has activated its emergency operations centre in Coromandel.

The peninsula is bracing for winds of up to 120 kilometres an hour and up to 50 millimetres of rainfall.

Have a look at the spinning Koru-type cloud forecast from the monster storm. This is the storm forecast to look from space over the coming hours. This low pressure will have the an air pressure of ~970 hPa, which is similar to a boarder-line category 2/3 tropical cyclone. pic.twitter.com/Alymmgynvl

Civil Defence is warning people to get to higher ground ahead of the storms. Many campers in Thames have already evacuated the area in preparation.

The Fire Service says it has been getting a steady stream of weather related calls around the regions since mid-afternoon, including reports of lines down and roofs lifting.

MetService says there is still a lot more wild weather to come.

There's already been 50 to 70 millimetres of rain spreading from Kerikeri southwards to parts of Taranaki and eastwards to the Bay of Plenty and Gisborne ranges.

MetService meteorologist Nick Zcher said the ranges in the Bay of Plenty, Gisborne and the Central Plateau have received the heaviest rainfall.

Mr Zcher said the winds had exceeded 166 kilometres per hour in Northland, with gusts spreading further south as the night progresses.

He said despite the storm being fast moving, it's still developing and will continue to get stronger until noon tomorrow.

Tree comes down on car

In Auckland, a woman has walked away shaken but unhurt after the wild weather caused a large tree to fall on her car in Otahuhu.

Images taken and posted online by the Counties Manukau Fire Area show the tree across the front bonnet with a branch smashing through the passenger side of the front windscreen. 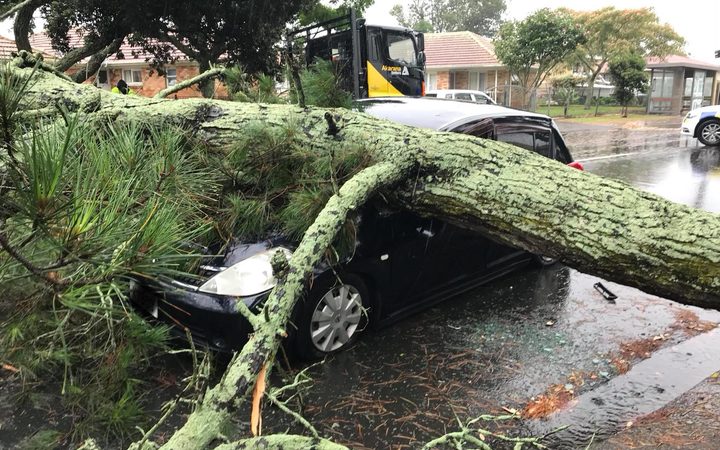 The driver of this car in Otahuhu had a lucky escape when a large pine tree fell on her vehicle. Photo: Facebook / Counties Manukau Fire Area

The area around Avenue Road and Trenwith Street is closed while an aborists clears the tree.

Part of Auckland's waterfront has been closed because of flooding with high tide yet to come.

The Transport agency said Tamaki Drive is closed at Ngapipi Road and its asking people to avoid the area and go another way.

In the Coromandel, Mayor Sandra Goudie said locals had been kept well informed.

She said there had already been some sandbagging in Whangamata and localised flooding.

The main rain band is now moving into #Waikato and southwards.
The main band of wind is wrapped around the still developing low, which moves in on Friday.
8pm: pic.twitter.com/6k3kvEpCXQ

In a live Facebook post, Civil Defence controller Garry Towler warned those on the coast should expect a kings tide at about 9.30pm.

He said camping grounds had been contacted and most campers had left the peninsula or gone elsewhere.

Further north, Kaitaia has been hit with some heavy buckets of rain today, but the rest of Northland appeared to be under control.

Civil Defence co-ordinator Bill Hutchinson said they were keeping an eye on river levels in Kaitiaia.

He said high tide would come at about 10.30pm-11pm, and said there could be potential for surface flooding.

Civil Defence has activated its emergency operations centre for the Coromandel Peninsula.

"It's going to be a short, sharp and nasty storm and people need to be prepared."

More rain on the radar than we have seen for a while. The crosses over the South Island mark the thunderstorms there. Find the latest radar at https://t.co/prKU7O2R01 ^JL pic.twitter.com/nNYlmjXFbm

Motorists are being urged not to travel at night and freedom campers have been asked to move away from low-lying coastal areas.

The Pinnacles Hut and Kauaeranga Valley have also been closed to campers.

At Te Puru Holiday Park 16 campers packed up yesterday to go home to avoid the floods and the Sol3 Mio concert In Whangamata tonight has been moved to tomorrow evening because of the threat of extreme weather.

Back in Auckland, campers have been sent home from the campground at Piha west of Auckland, because of flooding fears.

The owners of the Piha Domain Camp said they would see how the weather unfolded before deciding when to re-open. 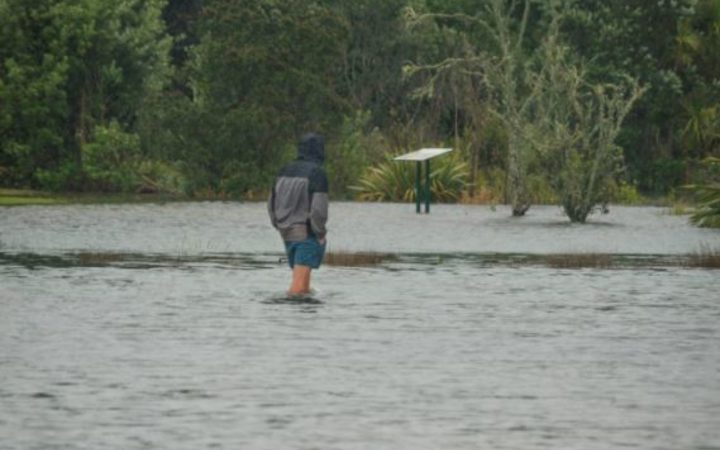 Farmers in Bay of Plenty are being urged to move their stock to higher ground as heavy rain pelts the region.

The regional council says between 100 and 150 millimetres is forecast in some areas tonight, and farmers near the Rangitaiki River and other eastern bay rivers should move their stock before then.

The council is spilling water from the Matahina Dam to make way for the extra water but says the spill will not flood additional land, and there is no flood risk to Edgecumbe. 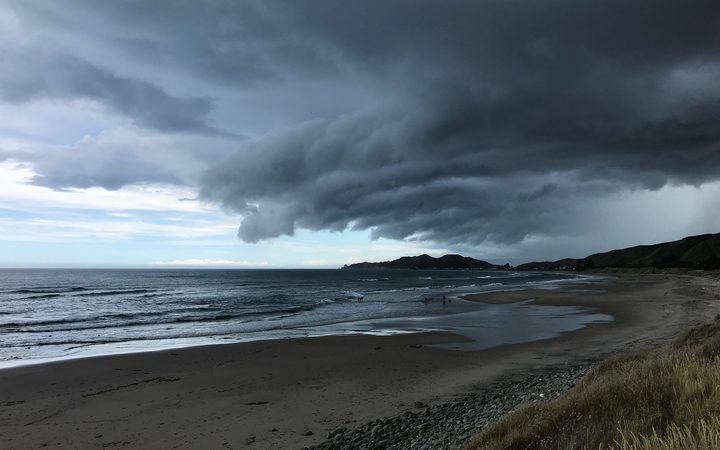 In the South Island scattered showers and thunderstorms are expected to develop in the Canterbury high Country, Otago, and parts of Southland, with some flash flooding in the areas today.

A severe weather watch from MetService said the heaviest rainfall was forecast to hit Northland, Auckland, Coromandel Peninsula, Bay of Plenty, Mount Taranaki, northern Gisborne, Marlborough, and Nelson, and warnings were in force for these areas.

Heavy rain warnings are in place for Tongariro National Park and Tararua range.

Rain accumulations are starting to add up over Northland but there's more to come - those further south can check out our rain radar to see how far the rain band is from you. https://t.co/prKU7O2R01 ^AC pic.twitter.com/73CxsObOa5

Mr Zacher said the biggest threat to safety would be surface flooding.

"With the dry weather we've been having, a lot of this rain is going to pool and not really go anywhere so we are going to expect some significant flooding in areas of the heaviest rainfall.

"As the day moves on in the afternoon we're going to see the rain move southwards Taranaki, central high-country and even the Tararua range and by tomorrow night it's going to be heaviest towards Marlborough and the Nelson region."

By Friday night it would have reached Christchurch, but would not hang around long.

The Strong Wind Warning remains unchanged for today, however, as winds turn strong northwesterly north of Manawatu as the low moves over central NZ on Friday, gusts of 120km/h may return for a time. ^AC pic.twitter.com/rjTHobpTgs

"As the front moves south-east of Cook Strait, it will cause showers on the east of the South Island but move further south into the weekend."

The West Coast - which lucked out with sunny skies on Christmas Day - was picked to be the only place in the country to miss out on the recent wet weather.

"So surprisingly the sunniest spot we're going to see is the West Coast of the South Island."

Mr Zacher said the weather was expected to clear from Sunday onwards but would not last with another front predicted to hit the country mid-next week.