Rain and thunderstorms are expected to give parts of the North Island a soaking today, but holidaymakers are being warned the worst is yet to come. 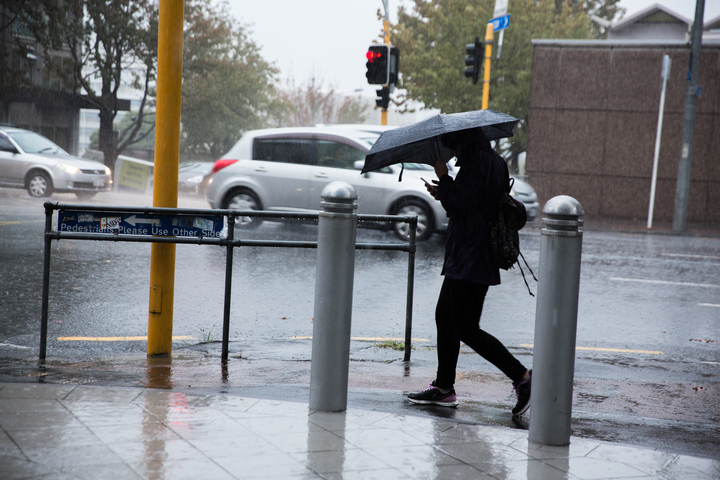 A subtropical storm developing west of Queensland will move across the country over the next two days, likely bringing king tides and winds of up 100km/h.

28.4mm of rain at KeriKeri already today and it isn't stopping any time soon! Check when its safe to go outside at https://t.co/fTX5I3n1YC ^JM pic.twitter.com/fDyXTJ80fF

MetService said heavy rain warnings were in place for Northland and Auckland (up to 25mm/h), Coromandel, Bay of Plenty including Rotorua, Mount Taranaki, Marlborough (up to 30mm/h) and Nelson (up to 40mm/h).

Nelson was expected to receive a total of up to 160mm of rain over nine hours.

Plenty of Severe Weather Warnings and Watches in place for Thursday. Stay safe and up to date with all the latest https://t.co/qHyE5zhh6X ^JL pic.twitter.com/JSs2EcJOaL

Severe gale northerlies were also expected across the northern North Island as far south as Taranaki and Bay of Plenty.

Niwa forecaster Chris Brandolino said parts of the North Island were more at risk of inundation from the king tides than others are.

"Any northward-facing bay is going to be exposed to those northerly winds - be it north to north-east or north to northwest - and that will only drive in the waves."

Mr Brandolino said the North Island would bear the brunt of the storm, but the South Island from Christchurch northwards would also be affected.

MetService also warned the strong winds and high tides could mean coastal flooding along the northeast of the North Island, from Northland down to Bay of Plenty.

Looking ahead at the risk of tropical cyclone activity, the agency warned another low could form on Friday and strengthen as it moves southeast from the southern Cook Islands.