Antibacterical coatings for door handles, graffiti proof linings for outdoor spaces and paint powder that stops steel framing collapsing in fires are among the clever coatings being developed by scientists at Callaghan Innovation. 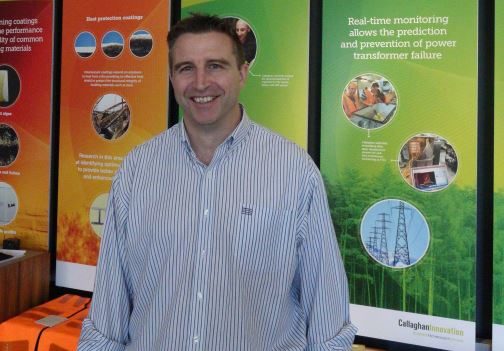 A team of 23 scientists and engineers receive requests from 40 to 50 companies each year, mostly looking for solutions to problems they face.

Group Manager Conrad Lendrum said typically they received requests from a company when something failed and people wanted to know why.

Once they help a client work that out, the company often returns with a product development or improvement.

In one recent case, they spent over a year working with a paint company to develop a fire-resistant coating known as an intumescent coating.

"In a fire, wooden structures are pretty good in that the wood chars and that black charring slows the combustion processes down, gives people time to get out of the building before it collapses," Mr Lendrum said.

"With conventional steel framing if you don't coat it, then the steel quickly gets to a temperature where it can no longer support its own weight and then it collapses.

"It's not burning per se, but it's softening."

The paint company sent its researcher and equipment to Callaghan. They built a furnace and the two sets of scientists collaborated for 15 months to develop the product.

The intumescent paint can be used in buildings as a passive fire resistance measure - applied to structural beams or pillars as an aesthetically pleasing coating.

The paint expands significantly when exposed to high temperatures, such as those in a fire. As the coating expands, it becomes much less dense, which means it act as an insulator against the high temperatures.

"That paint coating in a fire goes through a series of chemical reactions to expand, char and blow up into a thick foam that provides a thermal barrier to insulate the steel.

"So the idea is that will keep the steel below 500 degrees, long enough for the people to get out," Mr Lendrum said.

The paint company still has a few hurdles to cross, but is working on bringing the product to market soon.

A scientist at Callaghan Innovation has developed technology which uses UV light - sunlight - to interact with a surface coating and break down organic material. The organic material can be anything from bugs - for antibacterial applications - through to graffiti for wall panels.

The scientists and engineers focus on the problem solving, rather than commercialisation, so they were partnered with a small start-up.

"They don't make door handles themselves, it's not just door handles, it's all the touch surfaces, so they're talking with manufacturers and providers around putting the coatings in," he said.

They are still working on getting the product to market, and Mr Lendrum points out that sometimes getting to market is more challenging than the research and development.

When a small start up approached researchers with an alternative to heavy glass panes, the Callaghan team not only wanted to help, they knew the idea could be improved.

The company had created a design with two pieces of plastic and resin in the centre which was as clear as glass, but much lighter and tougher.

Staff at Callaghan were able to build on work with Victoria University to capture some of the light as it passed through the panel and transferred it to the edges where there are small solar panels. Mr Lendrum says this won't generate enough electricity to rival the national grid, but enough to power, say, a sign on a bus stop.