The sobering science of drinking and driving

Imagine you’re at a party. It’s been a long but very pleasant evening and you’re trying to decide if you can safely drive home. You’ve had several – was it two or three? - generous glasses of wine early on, but a while ago you switched to drinking water.

There was a barbecue earlier on so you figure the food will have mopped up some of the alcohol. And you feel pretty sober, and are confident you’re not above the legal blood alcohol limit.

Should you get behind the wheel of your car?

According to University of Waikato psychologists Professor Nicola Starkey and Professor Samuel Charlton, the answer is a resounding ‘no.’

From their research into driver behaviour and road safety, they know that there are a variety of reasons why driving in that scenario is not a good idea.

Basically, when we’ve been drinking socially we are very bad at assessing how intoxicated we are.

We are poor at remembering exactly how much we’ve had to drink. And the more drunk we are, the more likely we are to rate ourselves as competent.

Then, when we get in the car we drive faster and don’t respond safely in dangerous situations.

The sobering stats on drink driving

The impact of alcohol on our ability to drive is reflected in the accident statistics, which show that people with a high blood alcohol level are far more likely to be injured or die in a crash than those who are sober.

The Ministry of Transport’s crash fact sheet on alcohol and drugs in relation to road accidents (2016) states that at ‘80mg of alcohol per 100ml of blood a driver is about sixteen times as likely to be involved in a fatal crash as the same driver with a zero blood alcohol level.’ 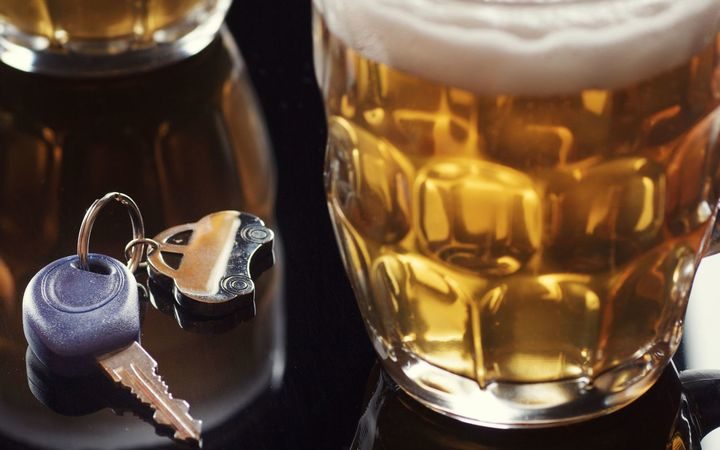 It matters how long you’ve been drinking for

The current legal blood alcohol concentration (BAC) in New Zealand is 50 milligrams of alcohol per 100 millilitres of blood, often referred to as 0.05; it was lowered from 0.08 in late 2014. And keep in mind that this legal limit bears no relationship to how impaired you might be.

Samuel says that one of the first interesting findings from drink driving studies carried out at the Traffic and Road Safety Research Group was that “0.05 does not always have the same performance-impairing effects – it depends when you measure it.”

It turns out that you behave more drunk as you begin to sober up.

“What we found was that the longer the alcohol has been in your blood stream, even if it’s still 0.05, after it’s been there for four or five hours – depending on how long the party was – the impairment gets worse. That is, you are less and less able to drive well.”

Nicola says the reason they think people are more impaired with a decreasing, versus an ascending, blood alcohol level, is that “over time your body gets used to the effect of alcohol being there.”

This habituation means that “essentially you’ve almost forgotten you’re drunk. Whereas if you feel drunk you’re going to pay more attention to the driving task and concentrate more.”

Willingness to drive rises with your blood alcohol level

Alcohol is a famous social lubricant, but its pleasant tongue-loosening effects aren’t so welcome when it comes to driving.

“There’s a disinhibition or a willingness to do things you wouldn’t otherwise do that comes with alcohol,” says Samuel. “So as you get higher levels of intoxication you are actually more willing to drive than if you’ve just had one or two drinks. And probably your driving is much riskier as well.”

Many experiments around alcohol and its effect on people’s behaviour take place in laboratories, when people are given precise measured amounts of alcohol at set intervals and then tested.

But real life is much messier than that, so Samuel and Nicola have carried out experiments in a social setting that mimicked a party. People were given varying amounts of alcohol, had their blood alcohol levels measured and carried out different driving scenarios over a few hours.

One of the surprising findings from the party experiment was that the person who received the placebo treatment of alcohol-free drinks (but thought they were getting the same drinks as their fellow participants) assessed themselves as being more drunk than the others – and then drove accordingly.

“We quickly realised that this means that you really are very bad at judging your own impairment and can’t tell whether or not you’ve been drinking,” says Nicola.

The take-home message from this, says Nicola and Samuel, is that as soon as you arrive at a party your ability to make safe decisions begins to deteriorate. Their advice? Plan your transport to and from the party before you even leave home.

The key to Nicola and Samuel’s research is realism - testing volunteers in situations that closely mimic real life, such as the party. A very important factor in this is the driving simulator, which is a modern car parked in the lab.

“We see participants get in the car … automatically put their seat belts on and sit with their arm out the window, and they actually feel as if they are driving a real car, says Nicola. “So I think it’s really important that we have a full-sized car that looks and feels like a car rather than just a desktop computer.”

There are large screens in front of the car, which help create a very immersive experience for people in the car. When a driver hops in and puts their foot on the accelerator, the sensation is exactly the same as speeding up in a real car.

Samuel says the simulator is very flexible. They have the choice of playing videos of real roads, or operating in a virtual-reality mode which allows them to try things that would be too expensive or unsafe in the real world.

Nicola says that people drive in the simulator just as they do in the real world. “They tend to stick to speed limits, they tend to obey road rules – and I think that’s hugely helped by the fact that you’re in a fully functioning car and you’re just driving along the road.”

“It feels very real,” adds Samuel. “And people make the same mistakes they do on the road.” But luckily for them, the good thing about driving in a simulator is there are no consequences if you crash!