'Senior advisor digital preservation' as a job title sounds a little prosaic, but hidden away in Mick Crouch's office at Archives New Zealand is a veritable Aladdin's cave of technology going back several decades. 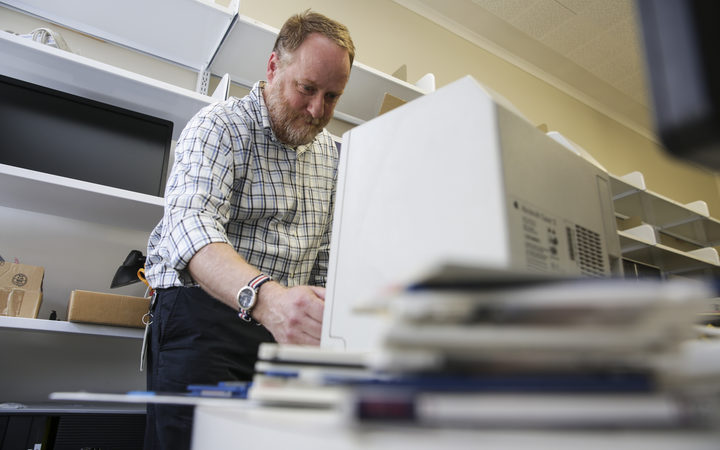 Government records have to be transferred to archives after 25 years, and while that is fine for paper documents, it can be a lot harder when the material was saved on computers from 1992.

The items on Mr Crouch's shelves include a Macintosh Classic II, some 8" floppy disks and a small - but remarkably heavy - disk drive to play them on, and even a classic bulky old Wang computer from about 30 years ago.

His enthusiasm is infectious as he plugs in various pieces of old technology, which click, buzz and squeak as they're switched on and off. He is thrilled to find the Macintosh Classic II actually works.

"Things that were used in 1992 in computers would be very difficult to transfer now, so we're feeling more urgent with records created digitally and want to transfer them straight away."

Deciphering the old floppy disks required some specific pieces of obsolete computer hardware, but Mr Crouch said he was lucky because people often off-load their old equipment to him. 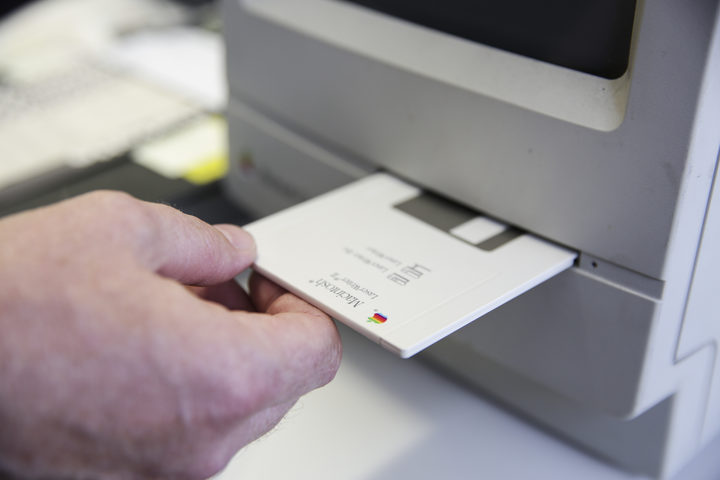 The Wang, for example, was donated by Victoria University of Wellington's computer science department, and Mr Crouch inherited an old IBM server - minus its hard drives - when his GP updated to newer equipment.

"Anyone who has ever done a home electronic project will know a wire or cable can make the difference between it working or not working, so I trawl through TradeMe regularly."

"I love that the tips in Wellington have shops attached to them. I go through there a lot. School fairs are also wonderful. You can find all sorts of things at school fairs."

Among Mr Crouch's Trade Me finds is a Windows 95 machine complete with monitor, keyboard and mouse which he picked up for $25.

One of his most technically complex jobs involved transferring data recorded on an IBM OS2 computer for the Settlers Museum in Petone.

"OS2s were very stable, very technologically rich computers [but] they're so different from Macs or PCs that we had to find a machine from that era, install OS/2, put the CD into it and get the images off." 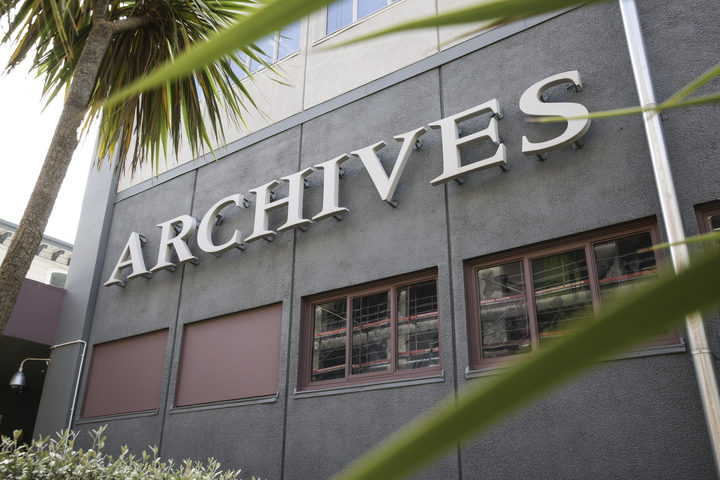 "We had to email it to ourselves, as we couldn't get it on to the network, it was that old."

Mr Crouch said the information he retrieves is held in the Government Digital Archive to be preserved forever.

"We hope that 50 years from now the decisons we made will help people access that information and they won't just be laughing at us, saying 'why did you do that?' or 'why did you save that?'"

Mr Crouch is also urging New Zealanders to ensure their personal digital taonga including photos are safely stored, and has even given a talk to a Grey Power group about how to do that.

"So it's not just an issue affecting the government... It affects people."

Mr Crouch said photos and other records people want to keep should have two or three copies made, and held in different geographical locations.

"Make copies and give them to your family, label it and then store it away in a box somewhere.

"People don't have the resources Archives New Zealand does to actively monitor things, but make copies and label them well."

Mr Crouch said family archive materials should be reviewed at least once a year and over Christmas could be the ideal time to do that.