Israel's ambassador to New Zealand has asked to meet with Lorde, who cancelled a scheduled show in Israel after getting a barrage of calls to pull out. 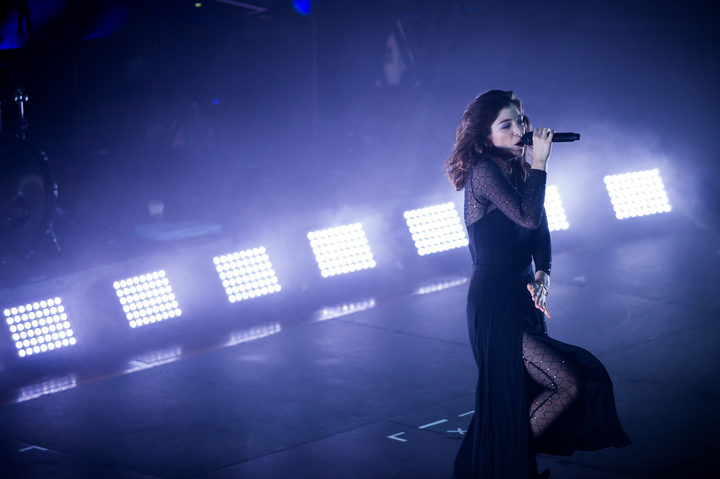 New Zealand pop star Ella Yelich-O'Connor, known by the stage name Lorde, was set to play in Tel Aviv on 5 June as part of her Melodrama tour but was last week urged not to perform.

Itzhak Gerberg said he hoped he would be able to convince her that her decision was a mistake.

"She should come and see the beauty of Israel and meet the fans."

He said Israel was the most democratic country in the Middle East.

Mr Gerberg said music was the international music of friendship and should not be used for a political purpose.

"First I would tell her Israel is a beautiful country and a democracy, and then I would tell her the BDS (The Boycott, Divestment, Sanctions movement), the people who ... convinced her to cancel the concert, are using her as a political tool. And then last but not least I would tell her that I think music is such a wonderful language, the language of hope and peace, and therefore she should come and perform."

Mr Gerberg said he was personally disappointed Lorde was not going to Israel as his children were hoping to see her there.

Earlier in a Facebook post Mr Gerberg invited the singer to a "friendly meeting" to talk it over.

Mr Gerberg said by succumbing to the Boycott, Divestment and Sanctions movement, Lorde is encouraging animosity in the region.

"Reactions driven by hatred lead to continued #conflict. But solutions come from engagement and lead to compromise, co-operation, and #peace."

The US-based Simon Wiesenthal Centre, which campaigns against antisemitism, said the fact Lorde still plans to tour Russia illustrates the hypocrisy of the international community towards the region's only democracy.

Yesterday Israel's culture minister Miri Regev said she should be a "pure heroine" of culture, void of any foreign political considerations.

Lorde is refunding fans who had bought tickets and said she didn't make the right call in agreeing to the show.

Other artists who have cancelled shows in Israel include Elvis Costello, Lauryn Hill and Gorillaz.

Late last week the New Zealand Palestinian Human Rights Campaign said Lorde's concert would be seen as an endorsement of the Israel government and its treatment of Palestinians.