The spokesperson for a Palestinian human rights group is pleased Lorde has acknowleged the concerns around playing a concert in Israel next year, she says. 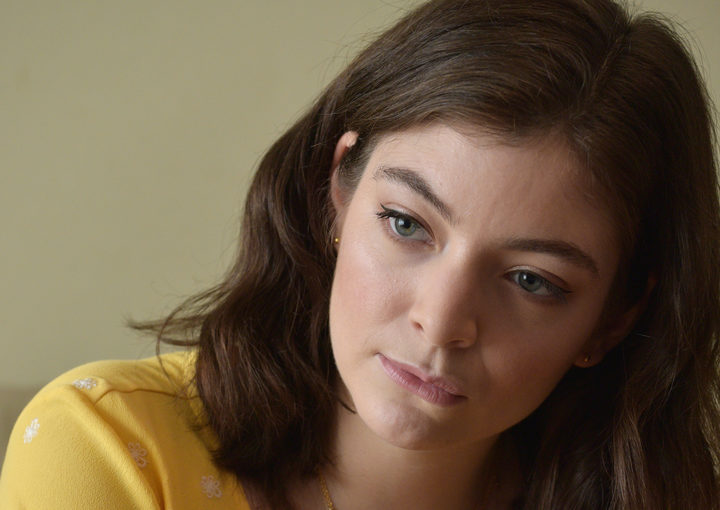 New Zealand pop star Ella Yelich-O'Connor, known by the stage name Lorde, is set to play in Tel Aviv in June as part of her Melodrama tour.

However, she has been criticised over the move and urged to reconsider.

On Twitter, Lorde acknowledged criticism of the Tel Aviv concert, and said she was considering all her options and learning all the time.

Noted! Been speaking w many people about this and considering all options. Thank u for educating me i am learning all the time too

New Zealand Palestinian Human Rights Campaign said Lorde's concert would be seen as an endorsement of the Israel government and its treatment of Palestinians.

"They can't even get to their religious sites from the West Bank or Gaza. Gaza is blocked off and the restrictions to enter Israel are extremely tight for West Bank Palestinians.

"Arabs who live in Israel may be able to go if they can afford it but they are discriminated in that country too."

Ms Wakim said a sporting and cultural boycott had been very effective in South Africa and Palestinians faced a similar regime in Israel.

New Zealand Friends of Israel Association spokesman Tony Kan, however, said the concert provided an opportunity for disparate communities to come together.

"It's an opportunity for them to get together and celebrate something in common, which is the love of music, and well isn't that a great thing.

"It helps to breakdown the distrust and it demonstrates to people that 'hey, we can actually interact with one another and we don't have to be at each other's throats'."

Mr Kan said discouraging Lorde from playing in Israel trampled on her freedom of expression as an artist.

New Zealand was one of the countries to vote in favour of a non-binding resolution at an UN General Assembly emergency session that calls on the United States to rescind its decision to recognise Jerusalem as Israel's capital.

The vote passed 128 votes to 9, with 35 countries abstaining.

Ahead of the vote and since, US President Donald Trump and US Ambassador to the UN Nikki Haley have maintained rhetoric threatening countries voting for the resolution with cuts to aid spending.

Australia, Canada and some other Pacific nations were among those who refused to support the resolution.

No-one from Lorde's management had been available to comment.

Her second album Melodrama has been nominated for album of the year at the Grammy awards.