Australia and other Pacific nations did not join more than 100 countries in voting at the UN for the US to drop its recognition of Jerusalem as Israel's capital. 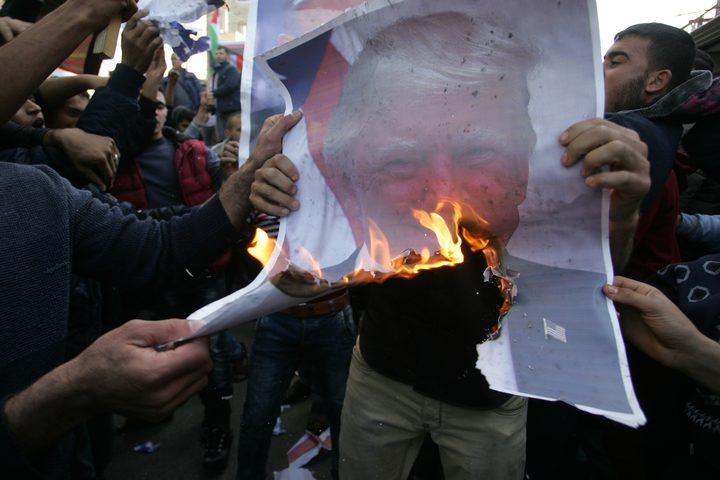 Protesters burn a picture of US President Donald Trump during a protest in the southern Gaza Strip town of Rafah. Photo: AFP

US President Donald Trump had threatened to cut off financial aid to countries that voted in favour. A total of 128 countries backed the resolution, which is non-binding, nine voted against and 35 abstained. Twenty-one countries, including Samoa and Tonga, did not cast a vote.

Australian UN Ambassador Gillian Bird said Australia wanted to see the US play a leadership role in brokering peace and abstained from the vote, saying:

"We do not wish to see any party isolated from the process."

"There is much in this resolution with which we agree," Ms Bird told the General Assembly after the vote.

"We do not, however, consider that this further resolution in addition to the many on the peace process issued by the general assembly helps brings the parties back to the negotiating table." 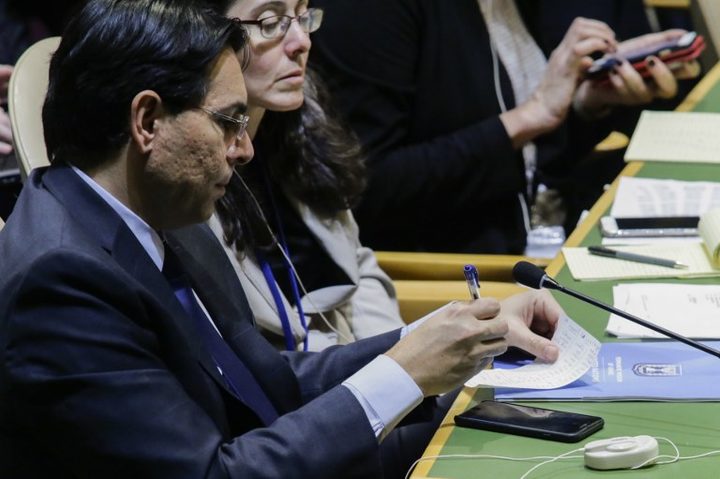 Nevertheless, Washington found itself isolated as many of its Western and Arab allies voted for the measure.

Some of those allies, like Egypt, Jordan and Iraq, are major recipients of US military or economic aid, although the US threat to cut aid did not single out any country.

A spokesman for Western-backed Palestinian President Mahmoud Abbas called the vote "a victory for Palestine" but Israeli Prime Minister Benjamin Netanyahu rejected the vote as "preposterous".

US Ambassador to the UN, Nikki Haley, told the 193-member General Assembly ahead of Thursday's vote:

"The United States will remember this day in which it was singled out for attack in the General Assembly for the very act of exercising our right as a sovereign nation."

Guatemala, Honduras, Marshall Islands, Micronesia, Palau, Nauru and Togo joined the US and Israel in voting no.

According to figures from the US government's aid agency USAID, in 2016 the United States provided some $US13 billion in economic and military assistance to countries in sub-Saharan Africa and $US1.6 billion to states in East Asia and Oceania.

The General Assembly vote was called at the request of Arab and Muslim countries after the United States vetoed the same resolution on Monday in the 15-member UN Security Council.

The remaining 14 Security Council members voted in favour of the Egyptian-drafted resolution, which did not specifically mention the United States or Trump but expressed "deep regret at recent decisions concerning the status of Jerusalem".

Israel Institute of New Zealand director David Cumin told Morning Report he was disappointed people did not realise that recognising Jerusalem as the capital would not preclude the eventual recognition of a Palestinian state.

"New Zealand has been joining in the bullies of the United Nations in voting against Israel," he said.

Mr Cumin said Israel had been singled out more than any other country in the world. 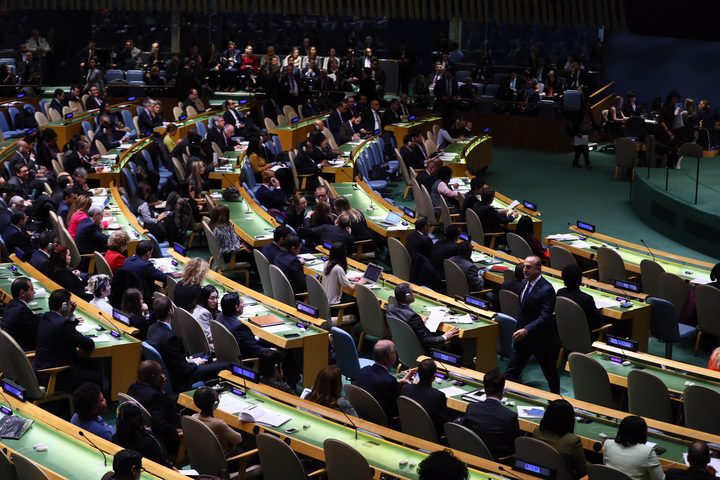 What is the significance of Jerusalem?

Israel occupied the east of Jerusalem, previously occupied by Jordan, in the 1967 Middle East war and regards the entire city as its indivisible capital.

However, the Palestinians claim East Jerusalem as the capital of a future state and its final status is meant to be discussed in the latter stages of peace talks.

Israeli sovereignty over Jerusalem has never been recognised internationally, and all countries currently maintain their embassies in Tel Aviv.