Artists have come together to create murals that represent one of the Wellington region's most diverse suburbs. 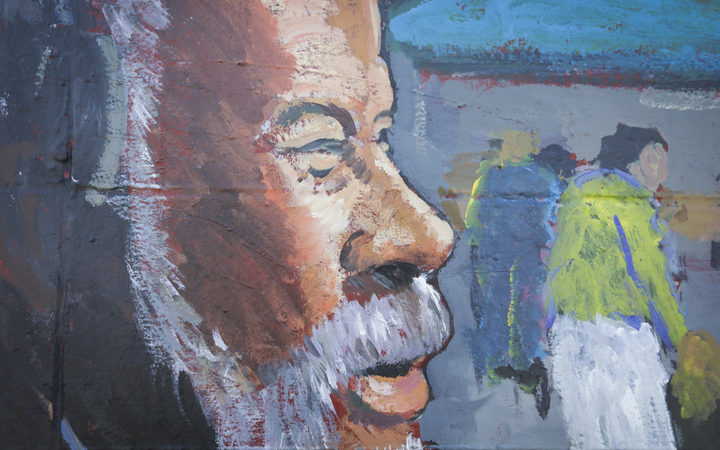 The group of five artists are creating murals on the walls of Waitangirua mall.

The murals have been designed to highlight what's special about the area - it's history, and it's people.

The designer of one of the murals, Jack Kirifi, who's from Porirua, said his art reflects the people who make up the community: recent migrants from Colombia and the Middle East, the first wave of migrants from the Pacific Islands, and the tangata whenua who came to Porirua from rural areas.

The artwork add vibrancy to the weekend markets, and the mall generally, he said.

"The best thing about doing a mural in your own community is interacting with your local community ... and seeing the positive changes as the mural starts to develop.

"This work becomes something that belongs to the community rather than in a private collection or in a gallery [and] they see themselves in the artwork." 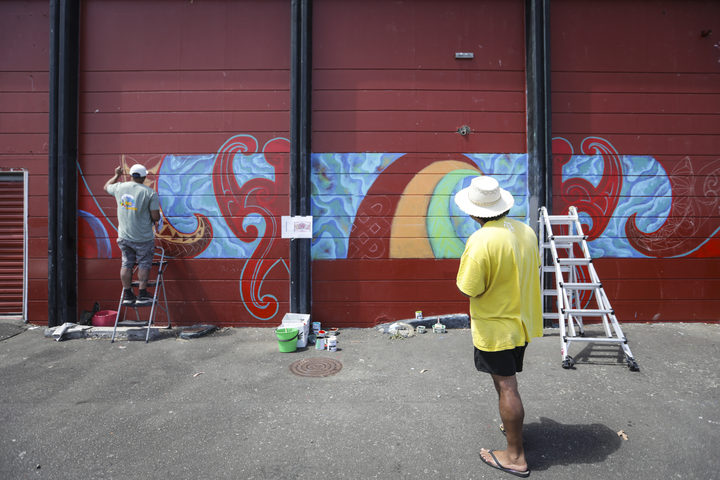 Jack Kirifi and Moses Viliamu have been commissioned by the Porirua Council to brighten up the wall of the Waitangirua Mall along with five other artists. Photo: RNZ / Rebekah Parsons-King

Moses Viliamu is part of the team painting the mural. His parents moved to Porirua in the 1960s, and he has lived in Waitangirua his whole life.

It was inspiring for him to be able to express his understanding and thoughts about the area's history, he said.

"[It lets me] give back to the community, to try and make it look more beautiful ... and tell a story.

"We have lots of people walking past going shopping and walking around and they've always given us really positive feedback and good comments." 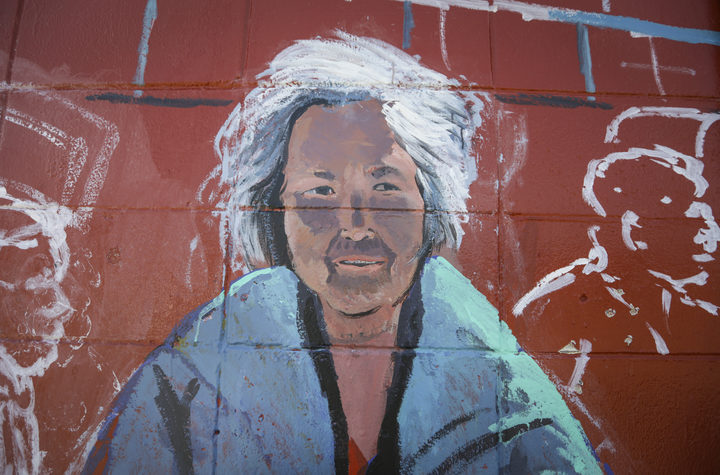 Ruth Robertson-Taylor will paint another section of the mural depicting an important part of Waitangirua's history - Todd Motors.

Until it closed 20 years ago, the factory had provided jobs, and training, to many people living in Porirua, she said.

"It was called the university on the hill in Porirua because it was a workplace where working class people went and were developed... Anybody who showed any talents they nurtured through the workplace."

The murals were commissioned by and paid for by Porirua City Council, as part of the village's development.