One year since Hamilton was declared homelessness-free, organisations working with those in need say the number is on the rise again. 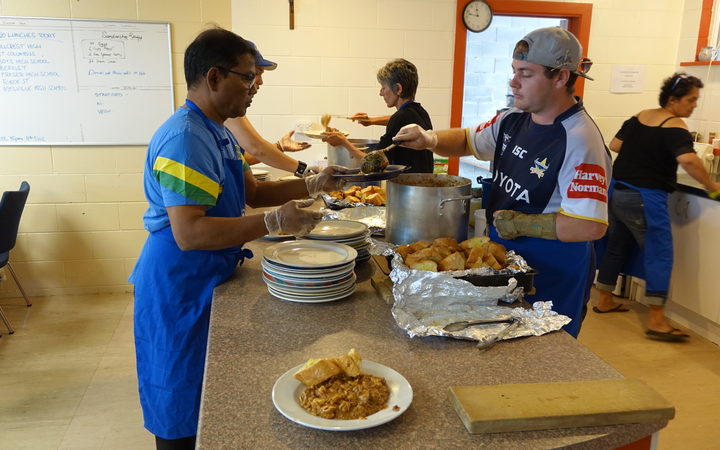 Volunteers serve up lunch at St Vincent de Paul's in Hamilton. The agency is handing out double the number of food parcels each month compared to 2016. Photo: RNZ / Laura Tupou

it had housed all but two of the 80 rough sleepers it began with], but now they were working with 16. 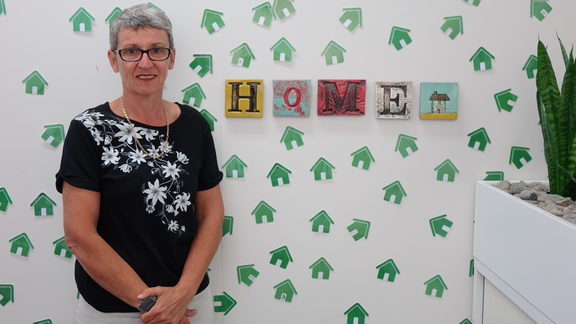 "[They're] in a situation where they're couch surfing, somewhat transient, and rough sleeping. I think the situation is quite different to what it was," project head Julie Nelson said.

But she said the Project has had many successes in its three years such as helping 486 individuals and families into housing, 85 percent of whom are still there.

But unless the drivers of homelessness were eliminated people would continue to struggle, she said.

"The fact that poverty, inequality, debt, domestic violence are real in this community, like many communities, we actually need to understand how we can grow that to zero." 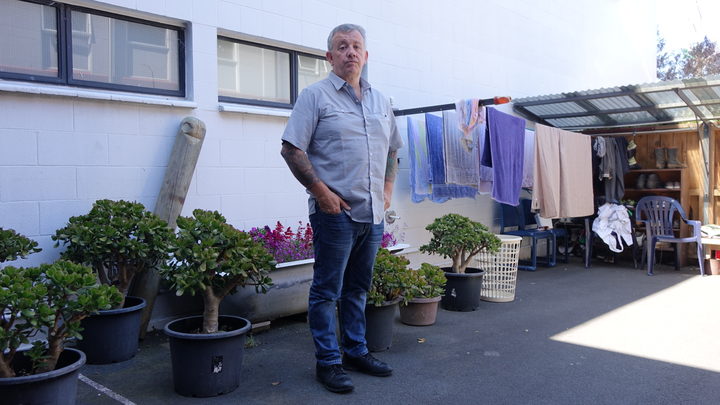 But the Housing First approach used by the project - which prioritises housing people and then addressing other issues they might have - was not always clear cut.

Peter, who has slept in his car for six years, said he had been approached by the project but had no interest in moving out of his car.

"Growing up and when I was a kid I was pretty much home to home all over the place, [I was an] at-risk youth," he said.

"So I'm used to having nothing really... But again I wouldn't be comfortable [in a house] anyway, I'm just comfortable what I'm doing now."

Peter Humphreys said a lot of men he housed had the added barrier of being institutionalised but that's also why they liked the "marae-style" environment there, he said.

There is a sense of whanaungatanga, or kinship, between the men at the shelter but that was something that was lost when they were housed alone, contributing to them falling through the cracks, Mr Humphreys said.

St Vincent de Paul general manager Mike Rolton said the average number of parcels his organisation was handing out each month had more than doubled since last year, from 90 to 203.