A hairdresser, a kick boxer, and two other men who were part of an Auckland cocaine ring have been sentenced to jail and home detention. 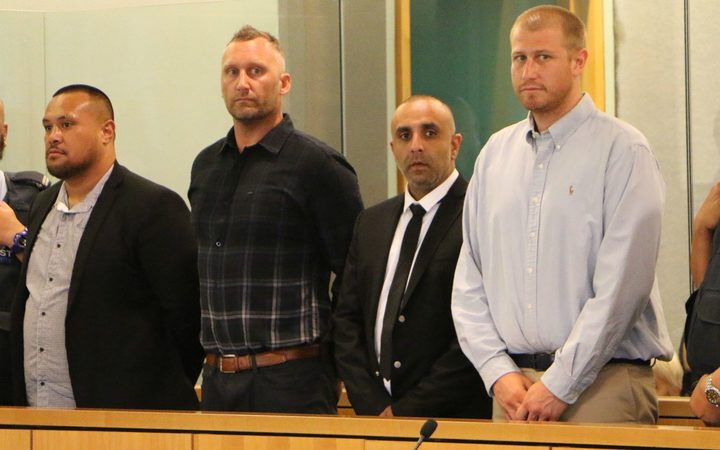 The four men were involved in a cocaine ring and arrested during a police investigation code-named Operation Ceviche.

The people they sold to have kept their names secret but are named in court documents and include people who work for high profile businesses. One is involved in the music industry.

The Crown prosecutor Brett Tantrum said Bikhoo had tried to minimise his offending, but that was in direct contrast to the evidence gathered by police when they intercepted phone calls and text messages between the group over seven months.

"Mr McLellan and Mr Bhikoo described the cocaine as 'selling like hotcakes'. If they describe that to each other, then it suggests it's a bit more than just giving a bit here and there to friends."

But defence lawyer Ron Mansfield said the men were selling to friends and associates.

He told the judge and packed public gallery that others caught up in the police operation had been treated leniently - either charged with possession or not charged at all.

Kickboxer Tafi Misipati is known as "thumper" in the ring. He admitted supplying Bhikoo with methamphetamine, in exchange for cocaine.

His aunt also addressed the court and said initially her nephew had been too ashamed to tell his family what he had done.

She spoke of Misipati's humble upbringing and said he would visit her with his children, telling her he wished he could turn back time.

"And you know, I said: 'Tafi, I'm still proud of you because you confessed, you acknowledged your mistake and you can restart the clock again.'"

Justice Fitzgerald said all four men were drug users who were dealing to fund their own habits.

"It's been said that cocaine is somehow viewed as socially acceptable, at least in some circles, and 'the thing to do.'"

Those views 'must be dispelled", he said.

"Parliament has classified cocaine as a Class A drug - the most serious drug class. Any suggestion that cocaine is somehow a more acceptable party drug which warrants a less serious response, must be put aside."

McLellan, who supplied Bhikoo with the class A drug and was also involved in pressing it into shapes for marketing purposes. He was jailed for three years and four months.

Montgomery was seriously addicted and received cocaine from McLellan and Bhikoo. On one occasion he supplied Bhikoo.

Justice Fitzgerald praised him for taking action and getting help by taking part in a rehabilitative programme.

"You are now employed there as a mentor to new entrants and you also volunteer as a supervisor at its West Auckland branch. You have been free of drugs for 13 months."

The judge sentenced him to eight months home detention so he could continue his rehabilitation work.

Missipati was jailed for two years and 11 months.

Bhikoo accepted he supplied to about 20 people - the Crown said he had more like 37 customers.