Alana Takimoana's daughter is five years old - some days she can't afford to buy her breakfast or lunch. 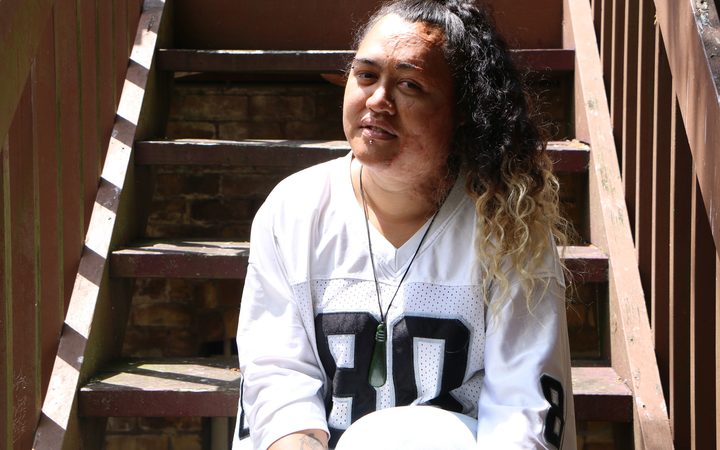 She is one of 80,000 New Zealand children living in severe poverty.

Even though the government boosted benefits and there was a slight drop in child poverty, the latest Child Poverty Monitor report shows that 12 percent or 135,000 children are still living in material hardship.

At the Auckland City Mission on Thursday, Alana Takimoana, 22, lined up to receive a a food parcel and Christmas present bag.

"It's really hard for beneficiaries when they only get a certain income around this time," Ms Takimoana said.

"Their kids just go into stores and cause a big fuss - and they can't afford it, so they go for the cheaper option but the kids don't want that."

Ms Takimoana lives in Glen Innes and has just started a part-time job in a kitchen. Before that, she had to rely on Cash Converters, family and the sole parents benefit.

Her daughter would often go without breakfast and lunch but her new part-time job was helping alleviate some of that pressure.

Ms Takimoana had to move into a rental that required a $2000 bond when her family situation became violent.

Work and Income promised she would have $200 a week in her pocket after the bond was paid for, she said, but that dropped to just $20.

After fighting that decision, Ms Takimoana is now left with $60 a week once rent and bond money has been deducted.

When her pre-paid power runs out Ms Takimoana stays with her sister, until the next payday rolls around.

The city mission is trying to address the struggles people like Ms Takimoana face.

Thousands of people were expected to come through the mission doors in the next three weeks, lining up for food parcels and presents.

The Child Monitor report paints a grim tale of hardship for many New Zealand children.

About 290,000 children are living in households on low incomes and up to 135,000 children lack basic items. Those numbers are slightly lower than in 2016.

Children's Commissioner Andrew Becroft put that partly down to a strong economy and the work of many NGOs. But he said the data from the middle of last year would be more reliable if it was more timely.

One of the most cost effective ways to help families with children was to make sure every low income family gets full Working for Families entitlement, she said.

Currently, people only get the full package if you are off the benefit, working for 20 hours or 30 hours as a couple, she said.

Ms St John said there also needed to be more information collected around the accumulation of debt.