Analysis - New Zealand's rental yields have dropped to their lowest rates in 20 years. What does this mean for 'Generation Rent'? 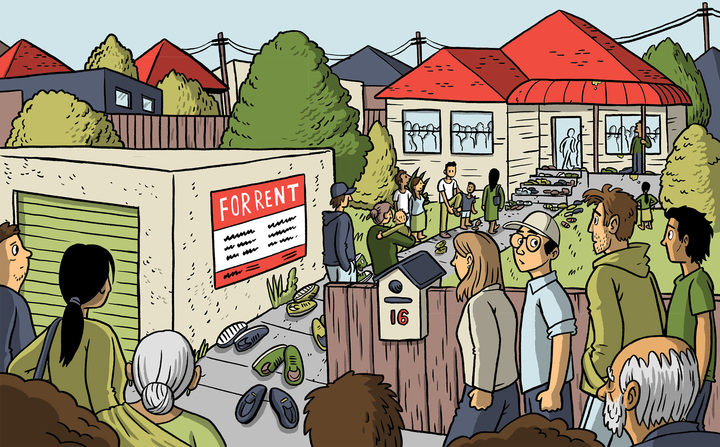 Yield is the return on buying a rental property - it's the annual rent expressed as a percentage of price paid and varies around the country, by property and by suburb, between 2 and 9 percent.

Residential rates are one of the costs borne by landlords and property owners, and councils are going through the motions of revaluations, which in many cases have gone up, some substantially.

There are new regulations on the horizon, which could increase the compliance costs for some owners and landlords.

The Healthy Homes Guarantee bill has passed its second reading and aims to compel owners of all properties to improve their spaces, with minimum standards for heating and insulation.

However, there will be a five-year window to implement the standards. Wellington is planning a rental warrant of fitness. 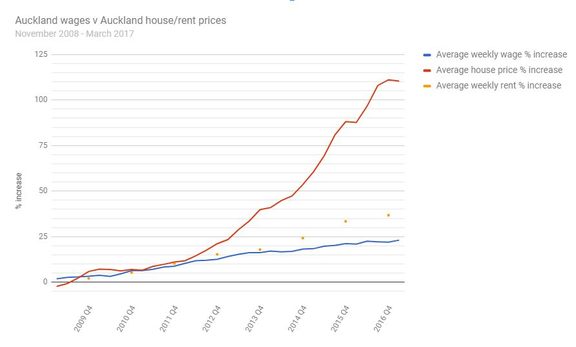 Around the country, small towns are starting to feel some of the pressures the cities, particularly Auckland and Wellington, have been dealing with for a few years.

Potentially, property owners could be hit with an increase in their rates bill and more compliance costs for the rental sector.

Statistics New Zealand has just released a series of reports on household income and the economy. Household disposable income is up to $6.2 billion, but consumption was up to $8.5 billion.

To put it another way, most people aren't saving and haven't been since 2012.

On the face of it, most things are getting more expensive and it's likely to mean rents go up too. Plans were announced during the election to change tenancy rules. 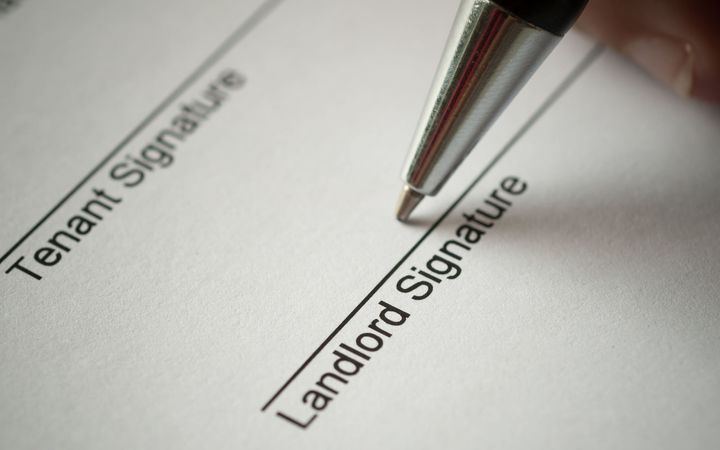 Generation Rent live in what is also known as the 'intermediate market', which is the number of households with at least one gainfully employed renter who cannot afford to buy an entry-level house.

A building research report in 2015 said this sector doubled in 20 years nationally and increased by 182 percent in Auckland. This means almost 200,000 intermediate households.

Rents haven't gone up at the same rate as house prices, though more people are renting these days, with 609,000 rental properties.

According to CoreLogic, there has been an increase in first-time buyers, while year-on-year sales are down by 25 percent, and those decreases marked in Hamilton and Wellington.

On the rental side, the return on rental yields nationwide is the lowest since September last year and this figure - a 3.1 percent yield - is the lowest in 20 years.

Christchurch rents continue to drop, the report says, down 8.5 percent in a year, Dunedin has slowed, while Wellington and Hamilton have the biggest increases in rent.

For a bit of context, Habitat for Humanity says buying a basic home in Hamilton needs a household income of $105,000, when the average income is around $82,000.

Rents and house prices don't necessarily fluctuate at the same rate. The Productivity Commission's 2012 report into housing affordability said rents increased at around the same rate as inflation.

"In all cases, rent increases were significantly less than real house price inflation and the ratio of house prices to rents increased markedly, a departure from the long-term broadly stable relationship."

Since then, demand from tenants has gone up and rents have increased higher than the rate of inflation, the Child Poverty Action Group says. 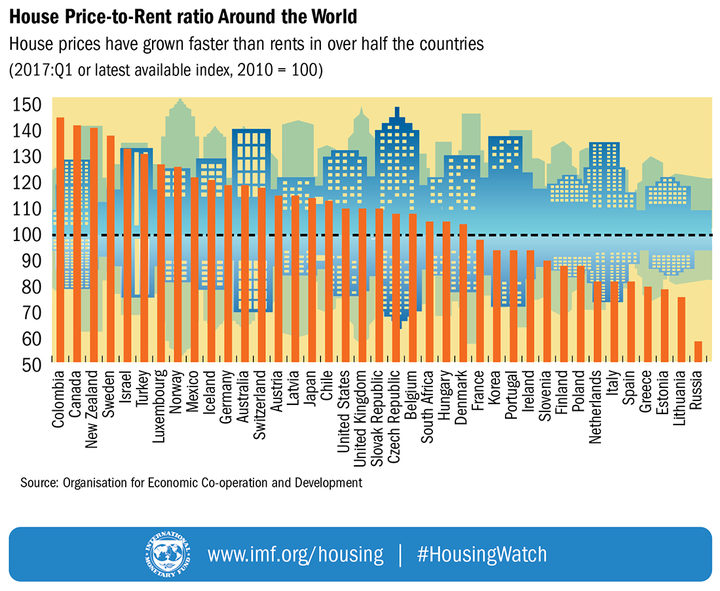 The International Monetary Fund's house price-to-rent ratio shows New Zealand has one of the widest gaps between prices and incomes.

It's no secret many rental houses are substandard, and renters will no doubt welcome the prospect of guarantees around heating and insulation. Owners may not be so pleased because they face the prospect of compliance costs for things like heat pumps, surveys, and alterations.

Health officials, the Massey University Real Estate Institute says, argue the cost of fixing up houses to improve the environment and occupants' health is much less than the current cost to the health service.

To improve a rental house costs money, and a downturn could lead to a sell-off, but this remains to be seen.

Installing a heat pump might cost $3000, or more, and the "return" on this investment in the property isn't necessarily reflected in increased rents, because rent is driven by the area price of similarly located properties, the report says.

"Rental affordability is also driven by the tenants' ability to pay and this in turn is driven by wages and salaries. While most landlords are responsible and take good

care of the tenants some do not," the report says.

The report says prices, net migration at record levels (net migration includes returning New Zealanders and fewer people leaving the country, not just migrants), falling home ownership rates and tourism in the form of Airbnb (meaning landlords who rent entire houses, not so much people with a spare room or a sleepout) have put more pressure on the rental market.

Costs could be passed on to tenants, although inflation-like rental increases are more likely in the next sector turnover because that's the past pattern.

But it's no guarantee.