The annual quote of the year finalists have arrived and New Zealanders are being asked to vote on their favourite. 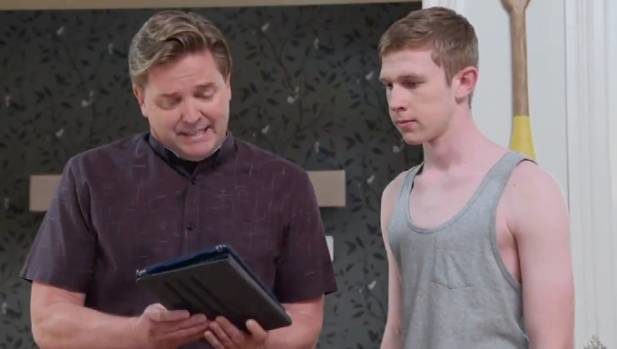 This cliff-hanger from Shortland Street got quite the rise. Photo: TVNZ

Some of the more memorable phrases included a Shortland Street cliff hanger which ended with Dr Chris Warner confronting his son about a photo. "Please tell me that's not your penis," he exclaimed, which got such a rise it appeared on late night talk shows in the US.

It's not Ms Bennett's first nomination either, having won the award in 2012 for telling Jacinda Ardern to "zip it sweetie."

Winston Peters cracked the whip at Gareth Morgan with "excuse me for laughing, but it's been a long time since I've been ravaged by a toothless sheep," taking a poke at The Opportunities Party founder.

And Ali Ikram's tweet about the coalition negotiations pointed to Kiwis' submission to New Zealand First: "For overseas observers, in NZ elections, we all vote then take the ballots ... chuck them out ... and ask a man called Winston Peters who won."

Don McGlashan's tribute to the late John Clarke also made an impression - "If humour is common sense dancing, John Clarke was Nureyev."

The competition organiser, Dr Heather Kavan, only had one lingering disappointment.

"If only Australia's former Deputy Prime Minister Barnaby Joyce had provided us with a knock-out one-liner when he discovered his dual-citizenship with New Zealand!"

You can read all ten entries and vote for your favourite here.