Labour Party leader Jacinda Ardern marched into Green Party territory with her first speech to party supporters, and defined how she would talk about the economy. 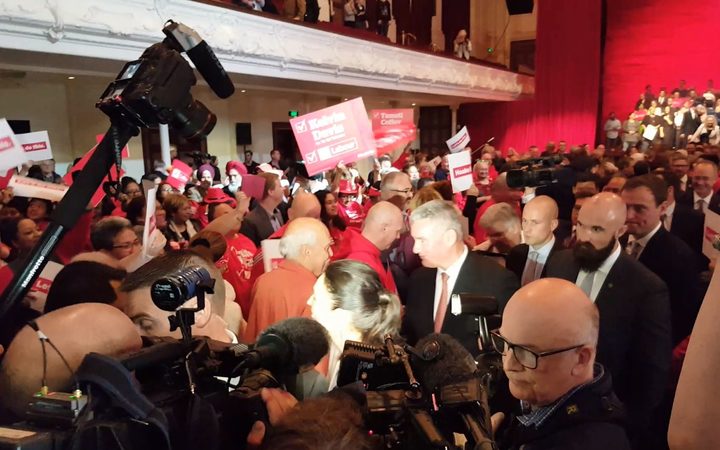 An estimated 2200-strong crowd packed out the Auckland Town Hall and nearby overflow rooms yesterday as Ms Ardern kicked off what she described as the campaign of Labour's life.

After the speech, she insisted her focus on these issues wasn't stomping on the Greens' turf.

"Oh no absolutely not. I think any politician in 2017 needs to be talking about these issues, no matter the shade.

"These have always been things that I've cared deeply about and to be honest I just focused on the things that I am passionate about."

In her speech, she said she had been told she need only show that she appreciated the economy, to prove she deserved to govern.

She said she'd never question the importance of a strong economy, but that in this election it was not how long either leader had spent working with the Treasury that mattered, but rather what they used as signs of success.

Labour would, she said, change the Public Finance Act to include a measure of how many children the government had lifted out of poverty. 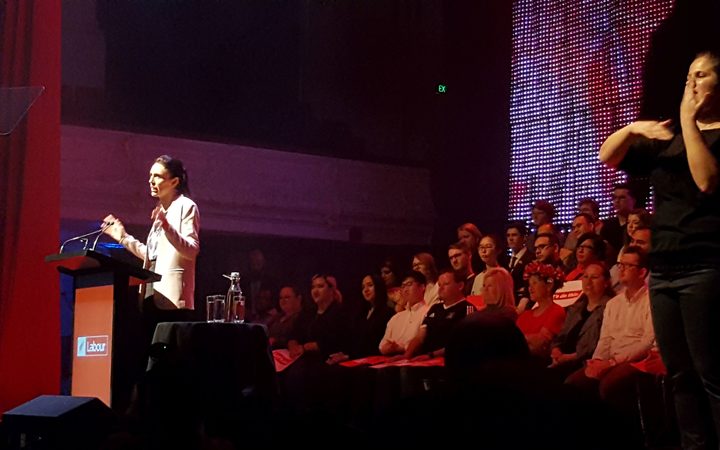 "I've already got a bill in my name that's in the [members'] ballot, and it talks about creating in legislation established measures - which is something we've always struggled to get the government to commit to - and to setting targets that we will then report on.

"So that's something I've certainly had a bill on and that we have had a policy on for a while."

After the official launch, Ms Ardern was mobbed in Aotea Square by supporters wanting their photo taken with her.

Long-time Labour supporters said there was a vastly different feel to this launch compared with the last election, more positive, and they felt the party was on track to get into government.

However, as the last three weeks have shown, a lot could happen between now and polling day.