Detectives are examining a hand-written letter purported to be from anti-1080 campaigners threatening to shoot Department of Conservation (DOC) helicopters out of the sky. 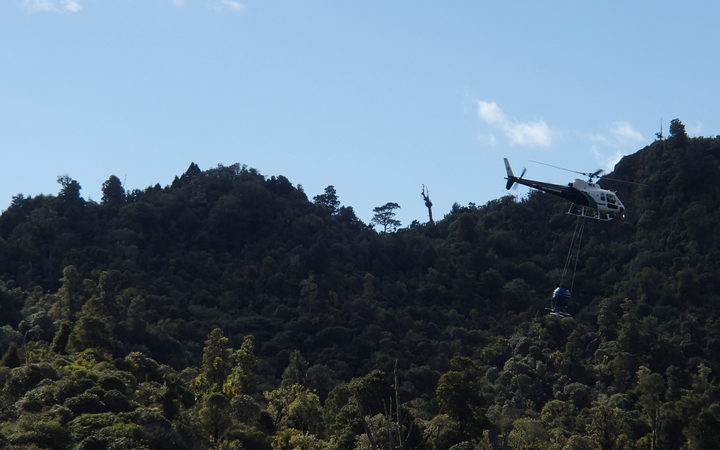 A helicopter with a bait bucket underneath flies over the Tongariro Conservation Area. Photo: RNZ / Alison Ballance

The letter was sent to the department's New Plymouth office.

Signed by a group calling itself 'New Zealand Hunters', the letter warns they will bring down helicopters unless DOC stops using 1080 pest control.

Detective Inspector Ross McKay said the letter was currently being assessed by the Central District's Criminal Investigation Branch. He urged anyone with information to come forward.

The letter also referred to the illegal release of sika deer into Taranaki forests in retaliation for 1080 operations and contains threats to bring in more.

DOC's director general said he was appalled at the threats and measures have been put in place to protect staff and contractors.