The Department of Conservation (DoC) has called an illegal release of up to 50 sika deer in north Taranaki forests disgusting, selfish and short-sighted. 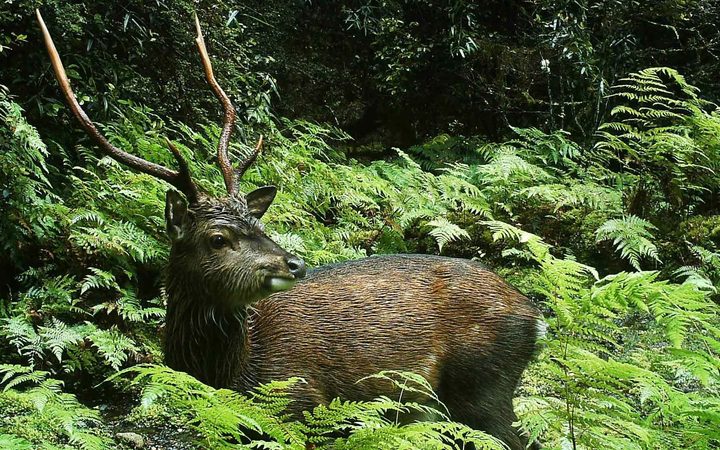 Sika deer are classified as a pest by DoC. Photo: DoC / Malcolm Lock

Sika browse on native plants, inhibiting the regeneration of habitat for birds and other wildlife.

DoC director-general Lou Sanson said the organisation got a tip-off and has strong leads indicating the deer have been brought in within the past two weeks, in retaliation for 1080 pest control by it, the regional council and others.

"Our first indication was a threat linked directly to 1080. We do have some very good leads, fortunately, and we've been working with the regional council, iwi and farmers on those threats."

He told Morning Report a letter received several weeks ago threatened to release the deer into the area, and said it was "eco-terrorism at its worst".

He said workers' vehicles had been damaged, with windows smashed and wheels loosened.

But an anti-1080 group in the area said it had nothing to do with the illegal release of deer.

"I mean, do you know how hard it is to catch a sika deer? They're a very difficult creature to capture live for release. And I think it's more likely to be hunters who are interested in hunting them, than it would be people trying to make some kind of a weird point."

Mr Sanson said it was a tragedy for local farmers, who had gone to great lengths to rid the conservation forests of rats, stoats and possums to encourage native birds.

He said the nearest sika deer were in the Kaimanawa Range in Hawke's Bay, and someone had gone to some trouble to bring them in.

"That's what we think, and they are completely absent from Taranaki. Those forests are in really good nick and sika are devastating on our plant species. They're quite a small deer, quite a quiet deer, if they get established it would have a big impact in Taranaki."

Mr Sanson has urged anyone with information to contact DoC or the police. He said five of the deer have been shot so far. 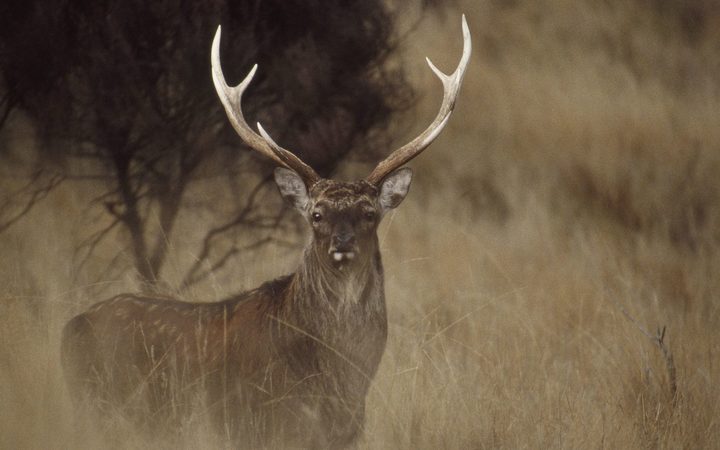 Environment and pest management spokesperson Chris Allen said the country was in a desperate fight to save the decline of native birds, and the release of deer was nothing but selfish.

He said it was similar to regular reports of pigs being illegally released into bush and forest areas.