Prime Minister Jacinda Ardern says if anything in Labour and New Zealand First's 'secret' coalition document had an impact on policy, it would "absolutely" be released. 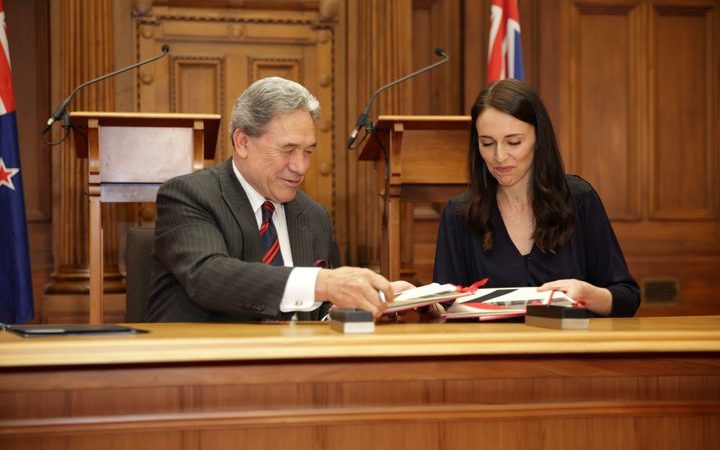 Ms Ardern and deputy PM Winston Peters have been defending the decision not to make the 33 pages of notes from their coalition negotiations public, with National claiming they now look like they have something to hide.

Speaking to Morning Report today, Ms Ardern defended the new government's reluctance to reveal the details of its coalition agreement.

"We've said we don't consider it to be official information."

She said the documents have no directives to ministers, despite Mr Peters initially saying it did, and said she would not describe it as a "document of precision", as Mr Peters had.

Ms Ardern said the documents were more a record of some of the coalition discussions, and any policy details that had been discussed had already been released.

"When something becomes an official part of our work programme, then that's the point at which, absolutely, we have to be transparent about that. But when it comes to documents that sit behind a negotiation, that aren't necessarily going to be pursued, as soon as you release it, that gives an expectation that it is a hard and fast policy, when it might not be at all."

She said the government was still dedicated to greater transparency.

"We are actively at the moment looking at ways that we can make sure there is greater transparency around briefings that ministers receive, cabinet papers, whether we can routinely release documents after decisions are made, these are conversations I have never heard governments have before, and we are having."