Pharmac has moved to reassure pharmacies they will be fully stocked with the oral contraceptive pill by Monday. 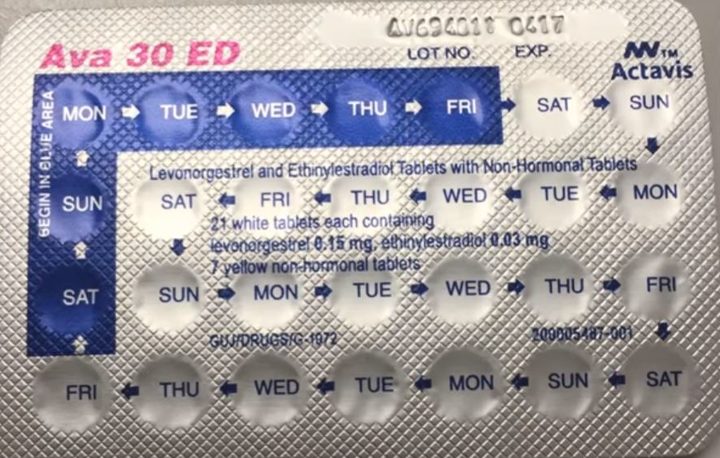 A nationwide shortage of pills this month had some pharmacists worried they may have to start turning women away.

Pharmacist Heavenna Moon from the CityMed pharmacy in Auckland says she has five prescriptions left of the two most popular brands, Ava 30 and Levlen ED.

She said they had been running out for a month and were not sure when more would come in.

"We've got so many people on it, I don't actually have that much anymore - only probably enough to maybe fill the next four or five prescriptions. When we ration it out, we're hoping that at least they've got a month to keep them going, and that gives Pharmac or ProPharma time to maybe sort it out."

Ms Moon said they were prescribing one month's worth of pills per customer, instead of the regular three months' worth.

Ms Moon said they knew stock for Ava 30 was running out about a month ago.

She said Pharmac was generally good at keeping on top of stock, and had recommended Levlen ED as a substitute.

But now she only had about five prescriptions left before that also ran out.

"If I was to sell an entire six-months prescription, I could probably only help two people but if I was rationing it out and giving a month or two at a time then I could do a bit more."

She said she hoped rationing it out would prevent them from having to turn people away.

"I don't know what other pharmacies are doing at the moment, they might be turning people away already because they don't have stock."

Ms Moon said it was possible they could run out of Levlen ED today, but hoped stock from other parts of the country may be spread around.

"No one's ever completely run out and had to go without so far."

A spokesman for Angelsea Clinic Pharmacy said only 10 to 15 boxes of Levlen ED remained - each with a three month supply of the medicine.

Also pharmacist Aastha Bhaukajee from Grey Street Pharmacy said she was aware of the shortage and was dispensing three, rather than six month supplies at a time.

She believed the shortage was related to a rebranding of the medicine, from Ava 30 and Levlen ED, which she said happened sometime last month.

Pharmac said it was aware of the problem and it was caused by the previous supplier of the pill running out before a new supplier was due to take over.

It now says new stock has arrived in the country.

Director of Operations Sarah Fitt said Ava was being replaced by Levlen in New Zealand and Ava's supplier ran out of stock before Levlen's supplier took over.

She said Levlen ED stock had arrived in New Zealand and would be available to all pharmacies from next week.

Earlier, Auckland woman Hayley, who did not want to give her last name, said she was surprised to only receive a one month supply rather than her six month prescription.

"It's quite unfortunate if you're about to head away for Christmas... there might be lots of Christmas babies," she said.

Hayley said if the pill was not available in three weeks she had "no idea" what she would do.

Hayley was hesitant about going with a different brand for a short period of time given the possible side effects of switching medication.