From folk remedies to micro chips, an exhibition on the history of contraception in New Zealand reveals some horrifying implements and world changing innovations. 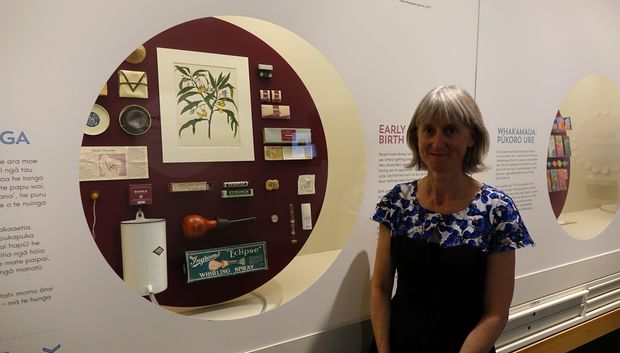 There are about 1000 devices in the collection which was given to Te Papa in 2011 by Dame Margaret Sparrow, one of New Zealand's leading sexual health doctors and birth control advocates.

"These [the douches] were used by women to wash themselves out after sex, in the hope that they would wash the sperm away. They could use them with home made remedies including lemon juice to kill the sperm."

An entire section on condoms are on show, revealing the evolution of their packaging from plain and discreet, to romantic in the 1970s and 1980s and increasingly overt today.

An A to Z of contraceptive pills are on display, with every letter of the alphabet represented by one of the feminine yet clinical names that adorn the packets, Miss Gibson said.

"We've also been a little bit playful and put a toothbrush in the display, this is because sometimes pharmaceutical companies have included a toothbrush into their pill kits so women form a habit of taking to pill when they brush their teeth."

A pair of forceps represent the 'the snip' and an array of IUDs are pinned to a board with insertion wires dangling below, she said.

The exhibition also hints at what the future could hold for contraception, with micro-chips that switch women's reproductive ability on and off on show.

The exhibition at Te Papa is open until 31 January.