Thunderstorms could hammer the entire lower North Island from this afternoon, with flash flooding possible. 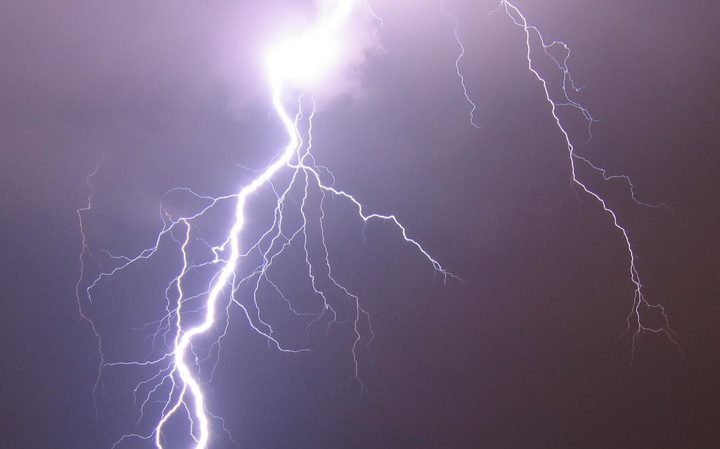 MetService said "unstable conditions" were expected in inland parts of the lower and central North Island, creating a high risk of thunderstorms from Wairarapa and Hawke's Bay, to inland Taranaki and Waitomo.

"These thunderstorms are expected to produce localised rainfall rates of 10 to 25mm per hour and hail of 5 to 15mm diameter," the agency said in a warning.

MetService duty forecaster Lisa Murray said inland parts of the North Island could see between 25 and 40 millimetres in just one hour this afternoon and tonight.

"Unfortunately at this time of year, what we are getting is a big ridge of high pressure over the country, some colder air aloft, which makes it unstable, and so we do get those showers that pop up in the afternoon and evening. Which is what we saw yesterday."

Ms Murray said high rainfall could return to inland areas around the country tomorrow - including Roxburgh, which was hit hard by heavy rain yesterday - but it was hard to predict where it would fall.

MetService has warned that rainfall of this intensity could cause flash flooding and may lead to slips and hazardous driving conditions.

People in the affected areas should be on the lookout for threatening weather conditions, it said.

There was also a lesser chance of thunderstorms in Waikato and Gisborne.

MetService also warned of thunderstorms in some inland parts of the South Island, including the ranges of Nelson and Marlborough, the Canterbury high country, Central Otago and the Southern Lakes.

Central Otago has already been battered by thunderstorms, with a deluge in Roxburgh damaging a pipe and cutting the town's water supply.