Public hospitals reported more than 500 adverse events or failures in the past year - slightly more than previous period. 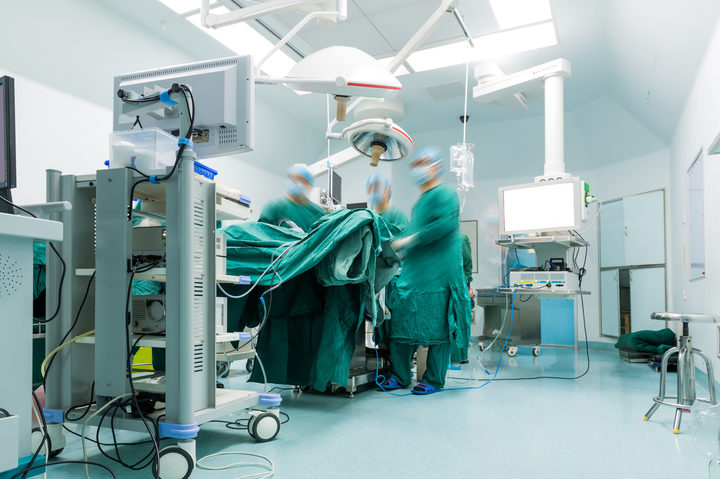 Public hospitals reported more than 500 failures in the past year. Photo: 123RF

Details just released by the Health Quality and Safety Commission show more than half involved clinical management problems, including delayed diagnosis or treatment.

The figures revealed a total of 542 adverse events, up from 520 last year.

Clinical management events, including delayed diagnosis and treatment, made up 282 of these cases.

They include 34 adverse events in the perinatal and maternal period, and 30 reported events related to cancer or suspected cancer.

"We are looking at a system that works most of the time - but each of the times that it failed in this way - that is somebody, a person, who is at risk - and of course we won't abide that."

The commission, which raised the alert over delayed eye appointments, said there were 24 more of these at DHBs this year but Mr Merry said progress was being made.

Items like swabs were left in patients 17 times, half in maternity or gynaecology and the rest in surgery.

Mr Merry said just two happened in operating theatres, which reflected the use of checklists now.

There had been a steady improvement in reporting and transparency about adverse events, he said.

Three Auckland DHBs have given details of their hospital failures over the past year, including some that resulted in death.

Waitemata DHB reported 45 serious harmful events, the majority of which related to people falling over in the hospital.

There was one case in which a tube was in the wrong position in a patient with a chest infection, sepsis occurred, and the person died.

Another serious case involved a patient who developed a blood clot in the lung following surgery - and that person also died.

In the more serious cases, the wrong patient was anaesthetised and another patient underwent an avoidable operation.

Five patients experienced loss of vision because of follow-up delays. In its report Auckland DHB said the ophthalmology service had not kept up with demand, but it had boosted staff numbers and facilities to try to improve it.

Nationally, more than 9000 patients are waiting one and a half times longer than intended for follow-up eye appointments.

"The engagement is clearly there. I don't think the problem is all that easy and we would like to see the focus continued and increased.

"So, it's a bit of a half-and-half answer. Very pleased with what's been done, I don't think we should take the foot off the accelerator."

There were also several cases where items - such as swabs - were not removed from patients.

Both DHBs have reviewed and investigated their failings.

One of the more serious cases in the Counties Manukau report showed the delayed diagnosis of pneumonia led to a new-born death.

In another case a one-month old baby was given a 10-times overdose of paracetamol, which caused temporary liver damage.

Details of the case showed the staff member who administered the medication had limited experience in managing small, unwell babies.

There was another case of a potentially avoidable death of a new born baby, and another unexplained death of a baby just nine hours old.

Details of that case show the emergency call information displayed on the wall at the Primary Birthing Unit was an 0800 number which led to a non-urgent phone at St John Ambulance Service. This led to a 26-minute delay in the ambulance arriving.

There was also no vital signs assessment done from the time the baby was born to when it collapsed. The report stated the birthing room was dimly lit, which may have contributed to not being able to accurately assess the status of the baby.

The Wellington region's Capital and Coast DHB had 19 adverse events this year, its lowest number since 2012-13.

Falls made up the largest number of such incidents, at 12, with five hospital treatments that went wrong the second-biggest contributor.

Two of the falls led to fatalities, such as one case where a patient died after post-fall medical treatment.

The hospital found there was a lack of leadership in deciding how to handle the patient during post operative deterioration.

Another fatal fall is still being reviewed.

In one case of clinical failure, a patient suffered cardiac arrest following elective surgery, which started from significant blood loss and the patient was unable to sustain a high level of blood transfusions.

In Canterbury there were 73 serious adverse events between July 2016 and June 2017.

One person received the wrong treatment, one had delayed treatment, and one was misdiagnosed. One person was incorrectly identified which led to them having unnecessary tests.

In each of these cases, an independent review has been completed and a report is being drafted.