Counties Manukau DHB has confirmed it will offer some staff - including all clinicians - voluntary redundancies, a leaked letter from the chief executive says.

Checkpoint with John Campbell has been leaked a letter signed by the district health board's chief executive Gloria Johnson which says some staff will be offered an opportunity for voluntary redundancy.

The leaked letter describes a scheme which would offer some staff "an opportunity to request payment if they cease their employment".

No-one was available from the DHB for an interview.

Recent reporting around Southern, Canterbury and Waikato DHBs have revealed significant financial problems, and there is a growing combined total deficit across all 20 of New Zealand's boards.

Middlemore Hospital is run by Counties Manukau. Sources told Checkpoint the redundancy announcement was at odds with statements about the hospital having too few staff. 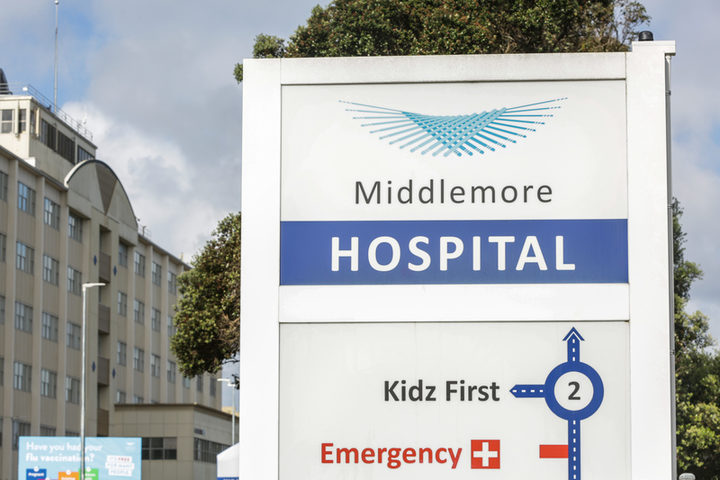 Checkpoint has been told there were days during winter when staff wondered whether they could cope and there were tensions between hospital staff and DHB management over budgets.

The letter, sent on Monday and obtained today, said the "voluntary cessation scheme" was available to some staff on individual employment agreements and to those at the "top of the band for their role, which includes all clinicians".

"This scheme offers these staff members an opportunity to request a payment if they cease their employment.

"One advantage of such a scheme is that it minimises the disruptive impact of restructuring processes."

Staff who spoke to Checkpoint said they were surprised any such offer was being tabled.

On 25 August the hospital posted a printed notice at the front of its emergency department saying the hospital was full.

After photos of it were posted on social media the notice was removed, but DHB sources told Checkpoint there were days the hospital was under such intense pressure they wondered if it would cope.

In May an email from the DHB's most senior managers warned of "belt tightening".

In its statement, the DHB chief executive Dr Johnson confirmed the offer.

"The Voluntary Cessation Scheme focuses on employees on individual contracts and those at the top of salary bands, and provides an option for these employees to consider their own personal circumstances and voluntarily leave the organisation.

"It also provides flexibility for Counties Manukau Health to redeploy resources to the frontline, without restructuring processes.

"We are absolutely committed to delivering high quality health services for our community. Demand for our services is increasing and the objective of this [scheme] is to free resources from some parts of the organisation and redeploy them to our frontline services," she said.

In the leaked letter, Dr Johnson said Counties Manukau Health wants to expand "frontline resources to respond to growing demand and it requires that we have the right number of staff and skill mix."

It said the scheme provided the health board with the ability to review how it utilised full-time staff allocations.

"This scheme does not signal any widespread organisational structural change," the letter said.