Auckland homeowners grappling with increased land values are worried they'll be caught out by a massive rates hike, and some are puzzled at how the increases have been calculated. 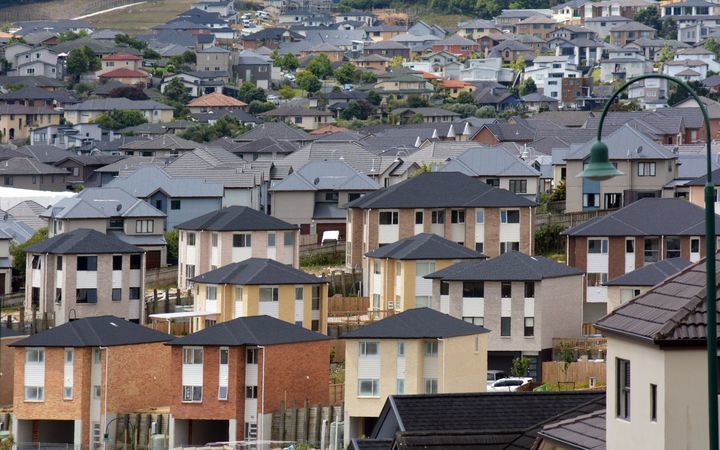 In the council's three-yearly property revaluations, released yesterday, homes across Auckland are valued on average 46 percent higher than in 2014.

Juliet Hawkeswood owns a family villa in Ponsonby and a bach in Piha.

She expected her city's home valuation to jump, but what took her by surprise was that her bach nearly doubled in value from $675,000 to more than $1 million.

The improvements component contributed more than $200,000 to the value.

Ms Hawkeswood said improvements to the home were minor, and she couldn't work out how the property was valued.

"We haven't done anything like that amount of improvement to the actual house."

If the rates on the bach rose she was was fortunate enough to be able to afford it, she said, but said others in the area could suffer.

"There are quite a lot of young families out there and people who are self-employed - it would be much harder for them," she said.

Ms Hawkeswood understands that the council needs to generate revenue.

But she is frustrated that she will have to wait until July next year to know how much she'll need to pay.

"I think they could do better on their communication," she said.

Basic advice on how the property's valuation had been calculated, so the owner didn't have to spend time querying it, would be helpful, she said.

Anthony Parsonage's home at Dairy Flat has had a 75 percent valuation increase on his lifestyle block.

The 75 percent increase in valuation indicated higher rates, but the council had not justified this in his area, he said.

"You wonder why the rates go up because we don't get any wastewater, no buses."

The chief executive of the Auckland Chamber of Commerce, Michael Barnett, said the current system is 'dumb' and an increase in rates should mean an increase in services.

"What I am saying though is that the latest round of increases demonstrate that it's not the best basis on which to price a service and so because the value of your property goes up, you're going to have to pay the council more for the provision of services. There's hardly a link between the two."

He said the system needs to be reviewed.

"In the central city where you may see more services there are also more people putting rates into the pool so there's more money collected in those areas anyway."

There was confusion over how parts of the valuations were tallied, she said.

The council valuations are not necessarily market prices.

"They're basically a property tax," she said. "They wouldn't get any extra services."

"If you've got a revaluation that's gone up more than 46 percent, you may receive a rates increase next year.

"But if you're at that average of 46 percent, your rates won't be impacted by the revaluation at all. If your valuation has gone up at less than 46 percent, you may even see a decrease."

She said Auckland Council was "absolutely not" getting more money from revaluations.

"The Budget stays the same. If you think of the Budget like a pie … that pie doesn't get any bigger because of revaluation. Your revaluation just determines the portion of the pie that you're going to pay."

She said high rates increases were "definitely not" the case for most people.

"There may be some higher increases in some of the areas that have been rezoned because of the Unitary Plan.

"The way the valuations are calculated is the capital value is looked at first. That's what a property might sell at, at a particular date. In this case we're at July 1, 2017.

"It's got to be remembered these valuations can't be used for insurance purposes or anything like that, it's purely for the purposes of rates. And rates can be calculated on land value or on the capital values for general rates."

Auckland Mayor Phil Goff had promised an overall rates rise of no more than 2.5 percent across Auckland.