Greenpeace is warning the seismic survey ship Amazon Warrior will be challenged when it enters New Zealand waters. 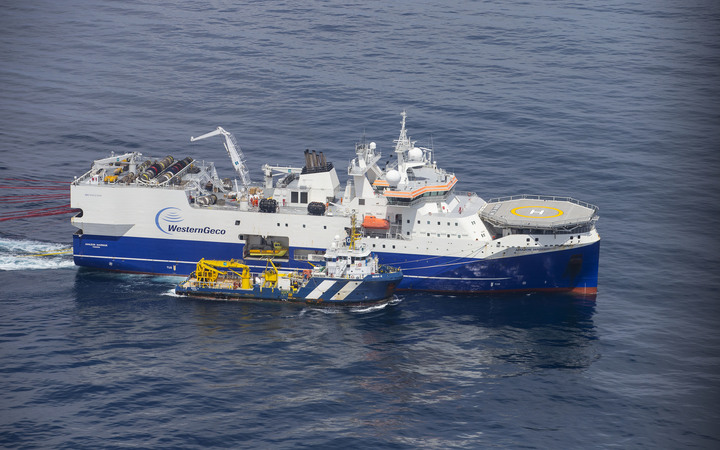 The ship is coming to undertake a seismic survey, which involves sending sound blasts into the ocean to test for the presence of oil and gas, off the Taranaki coast this summer.

Earlier this year, the ship was intercepted by Greenpeace activists near the Wairarapa coast.

A campaigner for the environment group Amanda Larsson said New Zealanders did not want the survey to proceed.

"The Amazon Warrior...is not going to be able to enter New Zealand waters without expecting public resistance.

"Seismic blasting is torturous for whales and dolphins [and] if they actually find what they're looking for - that has an incredibly severe impact on the climate."

Ms Larsson said the government needed to turn the ship back.

Meanwhile, Climate Justice Taranaki said research had shown the seismic blasts from the tests could have physiological effects on marine mammals and other creatures.

The area was home to both Maui's dolphins and pygmy blue whales, it said.