A woman who witnessed a whale stranding on Farewell Spit has developed an invention with her husband that aims to help save the lives of struggling whales. 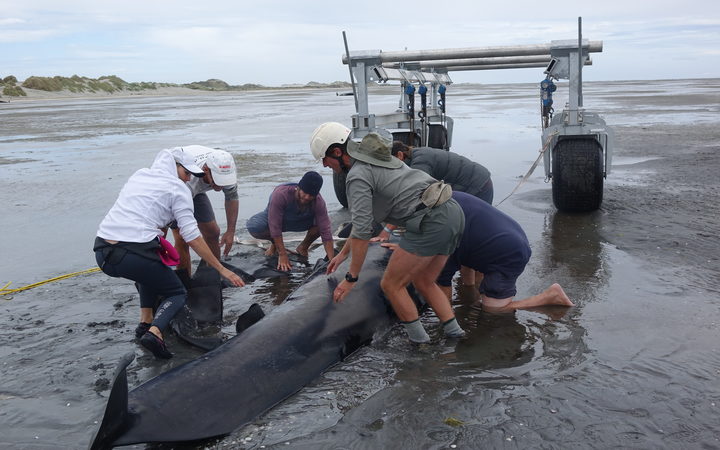 Preparing the whale to lift on Farewell Spit. Photo: RNZ

For Deb Ward the sound of stranded whales struggling to survive was part of growing up beside the sea.

"For me there's always been a love of the ocean and marine mammals, which grew from growing up in that Nelson Bays region, and being over in the Collingwood area and Farewell Spit.

"I remember walking with my grandfather and seeing whales that had actually beached even on the Boulder Bank in Nelson."

The remote and windswept beaches inside Farewell Spit, at the north-west tip of the South Island, have long been a whale death-trap. In February this year, it was the scene of mainland New Zealand's biggest stranding since records began in the 1800s. 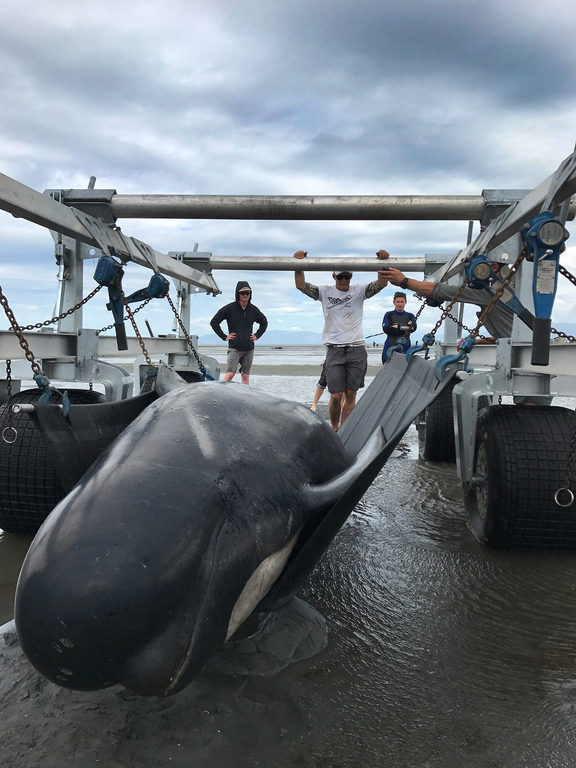 While hundreds of volunteers braved chilly conditions to help save the lives of the struggling whales, a prototype whale-lifting machine appeared on the sand, in what was its first experimental outing.

It is the latest creation by Mrs Ward and her husband Simon, who own and run Auckland-based business A-Ward. The business designs and makes systems for loading and unloading shipping containers for customers around the world.

Mr Ward said they have spent about $40,000 of their own funds developing the whale lifter. He said they sought help to develop the prototype, but without luck.

"We did ask a couple of people, but I don't know - everyone wants to save the whales but once money gets involved things are a bit different. We funded the whole thing ourselves in the end - it was just easier."

He said the whale lifter has had a few adjustments since its first outing at Farewell Spit, where it is based. It is now less noisy and has an improved winching system.

"You can't lift the middle of a whale up before the head or the tail so we came up with a whole new winch system."

Mr Ward said it was now also safer to use if a whale decided to "flap around" while in the slings. 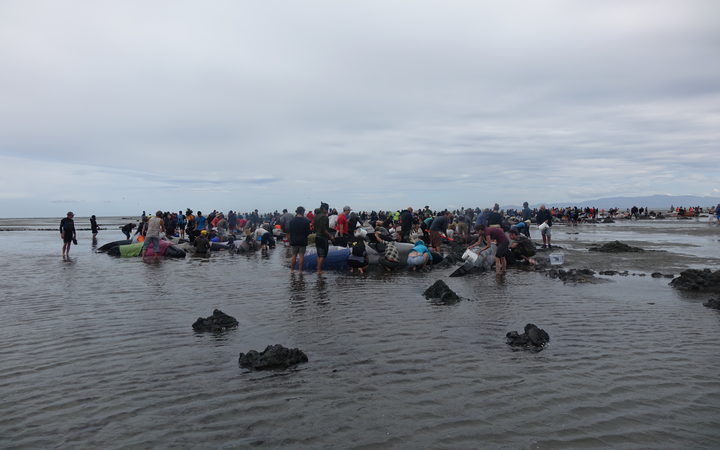 Mrs Ward said she has wanted to do something since she helped at an especially distressing stranding on the Spit when in her 20s.

"It has always stayed with me and I felt so sad for them. We'd spent 12 hours in the water with them, next to mother whales with their babies, and when you're up close to them, and you've got your hand on them and you can feel them ... it's extremely heart-breaking."

She said the idea for the whale lifter was formed over a glass of wine in 2015, and less than six months later it was done.

"Simon came home one day and said, 'I've finished it - I've made it', which is so typical of him."

The whale lifter is towed by a small 4-wheel drive quad bike and is similar to a travel hoist that lifts boats out of the water. It can be adapted to lift a baby whale, to a fully-grown adult. 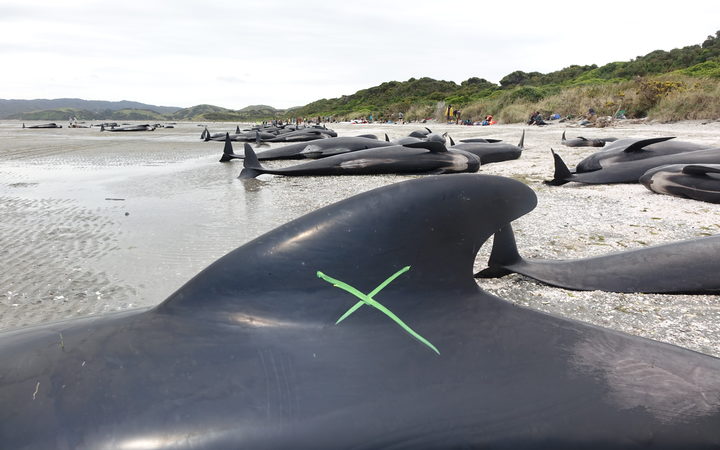 An Otago University zoology professor, Liz Slooten, said large groups of pilots whales are usually part of a matriarchal organisation, made up of mothers, daughters and granddaughters, who don't always strand "neatly in one place".

Dr Slooten applauds the Wards' efforts, but does not view strandings as an urgent conservation problem. She said that does not mean efforts should not be made to save them, but it might make it tougher for conservation staff and volunteers.

The Wards have worked closely with the Department of Conservation to develop the whale lifter, with special input from staff at the Takaka office in Golden Bay.

Mr Ward said according to the research he did while developing the machine, it is possible they will be using it again this summer.

"We found a common theme in that every third year there's not a stranding, so we're expecting stranding this year but possibly not next year."

Mr Ward said they hope to soon be able to make the whale-lifter concept available to others.