Several more whales have beached near Farewell Spit this afternoon.

Eight pilot whales have stranded at Taupata Point and Department of Conservation (DoC) staff are worried more could come in.

Dozens of tourists and locals stopped on the side of the road to help the whales, grabbing what they had in their cars - buckets, towels, t-shirts, chilly bins and water bottles .

DoC ranger Amanda Harvey said it appeared the group had stranded before, because they have wounds around their pectoral fins.

She said they were investigating if the whales were part of a larger pod that could also strand. 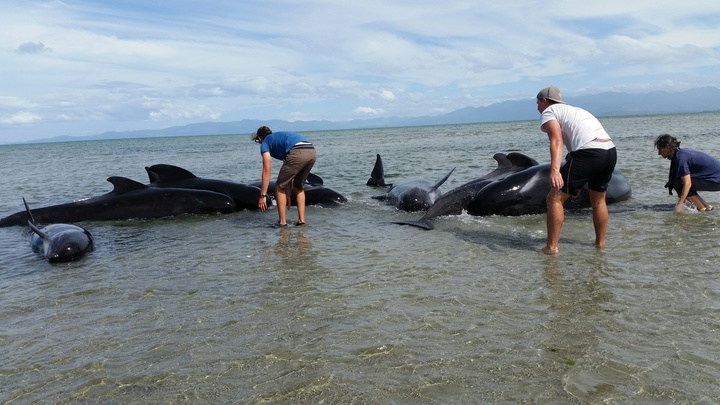